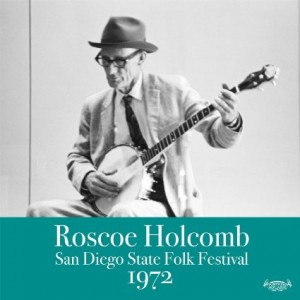 Prior to 1961, Roscoe Holcomb had never “performed,” as such. John Cohen of the New Lost City Rambler found him in Daisy, Kentucky, and drove him to his first concert, in Chicago that year.

As Cohen states in the liner notes to this live set, Holcomb was not “rediscovered,” as was the case with Mississippi John Hurt and others; he was truly discovered. Holcomb was recorded in the late ’50s but had probably never sung or played into a microphone in front of an audience before he found himself sharing his mixture of hymns, blues, and Appalachian ballads to college auditoriums and folk festivals. He was in his fifties for most of his career, but he looked like he’d lived a lifetime or two more.

The term “high lonesome sound” was coined by Cohen to aptly describe Holcomb’s haunting vocals, accompanied on banjo and guitar – the latter in a modal banjo tuning. Eric Clapton called him his favorite country musician, and Bob Dylan’s comment was later used as an album title – “an untamed sense of control.”

This recording may be the only complete live set of Holcomb ever documented. He complains that his fingers are “tore up” from not performing in a couple of years. But the banjo instrumental “Black Eyed Suzie” is a study in primitive virtuosity, while “Across The Rocky Mountains” displays intricate guitar fingerpicking against his vocal and “dead thumb” bass. The lyrics are almost incidental; it’s the sound of that voice. It’s almost as though he’s singing in a foreign language, and in a way he is – at least for city folks.

With back injuries from lumber mills and suffering from asthma and emphysema from working in coal mines, Holcomb died in 1981 at age 68. But his influence remains widespread. 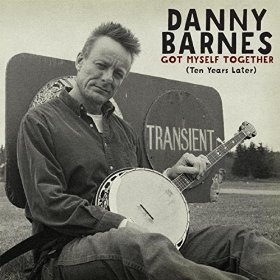 Danny Barnes would surely attest to that. When the 2015 winner of the Steve Martin Prize for Excellence in Banjo and Bluegrass decided to rerecord his 2005 album (since the label that put it out went out of business), he took a stripped-down, rawer approach.

One of the instrument’s most experimental players – comfortable alongside such diverse artists as Bill Frisell, Dave Matthews, Herbie Hancock, and Candye Kane – Barnes shows he can definitely play it straight, as on the traditional “Cumberland Gap.” The multi-instrumentalist (he even played tuba on the original CD) seems more relaxed and focused on this new version of the album. The title cut is less frantic, and he foregoes the slide banjo on “Cut A Rug.”

His bluegrass take on “Sympathy For The Devil” is gone, but there’s a welcome bonus-track rerecording of “I’m Convicted,” from his former band, the Bad Livers.