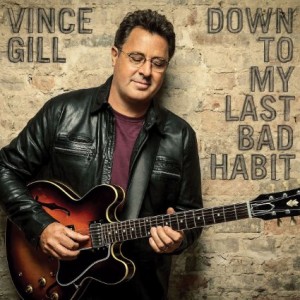 In the four years since his Guitar Slinger album, Vince Gill kept busy producing others, recording an album with the Time Jumpers and a Bakersfield tribute with pedal steeler Paul Franklin. This time, working with Franklin, other Nashville guitarists and Willie Weeks on bass, Gill offers the proven ballad-heavy style that brought him hit singles and Platinum albums in the 1990s.

He wrote all 12 songs or co-wrote them with younger writers. His superb playing is the co-star. He adds a slashing break to the rocking “Reasons For The Tears I Cry” and gets even edgier on the smoldering, bluesy “Make You Feel Real Good.”

His expressive picking complements the ballads, particularly the title song and “Take Me Down.” He and Franklin go full-tilt traditional for “Sad One Comin’ On (A Song For George Jones),” his deeply personal tribute to the country legend and longtime buddy. As Franklin keens in the background, Gill, known for passionate ballads, is especially powerful as he was when he nearly lost his composure singing his elegiac “Go Rest High On That Mountain” with Patty Loveless at Jones’s 2013 funeral service.

In all, it’s quintessential Gill, sticking to the music that made him famous.