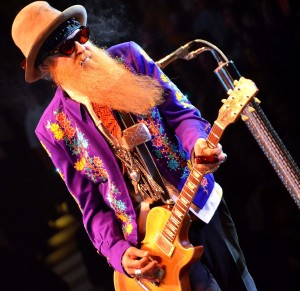 A “solo debut” by Rev. Billy F. Gibbons, at age 65, is a bit like Satchel Paige being a 42-year-old “rookie” in major league baseball after two decades as the Negro Leagues’ greatest pitcher.

Because ZZ Top’s longtime manager, Bill Ham, had some unorthodox philosophies, band members didn’t play on albums by, or even sit in with, other artists. ZZ’s first live TV appearance wasn’t until 1986, when they appeared on “The Tonight Show,” performing “Sharp-Dressed Man” and “Tush,” accompanied by Doc Severinsen and the band.

Flanigin is onboard here, with organ chores also handled by Martin Guigui and Gibbons, who, in addition to guitar and vocals, also supplies bass, piano, and timbales, which he studied under mambo king Tito Puente in the ’60s. The marriage of crunch and hi-tech is no surprise, but there’s an underlying Cubano groove throughout – even on the opening Slim Harpo cover, “Got Love If You Want It.” 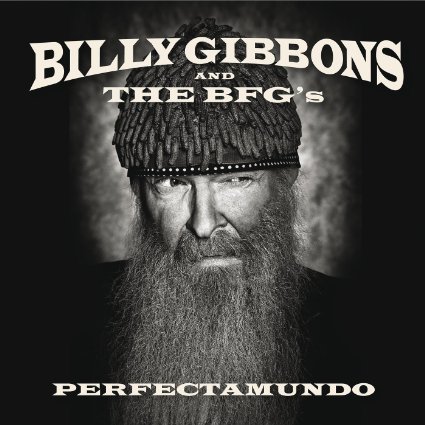 Ever the tonemeister, Gibbons lends catchy hooks and killer solos, sprinkled with pick-slicing harmonics, to Latin-infused covers of Roy Head’s “Treat Her Right” and Big Joe Williams’ “Baby Please Don’t Go,” with a nice balance of reverb and overdrive on the latter. The closing “Q’ Vo” finds Rev. Billy stretching out in an organ-trio setting. But make no mistake; as the crushing title track affirms, this is rock and roll with a generous helping of blues.

What’s abundantly clear is that Gibbons is having a blast. As a disembodied voice (probably Gibbons’) introduced ZZ Top at the 2004 Crossroads Guitar Festival, “Senors y senoritas, it’s fiesta time!”