Home Music The Minus 5 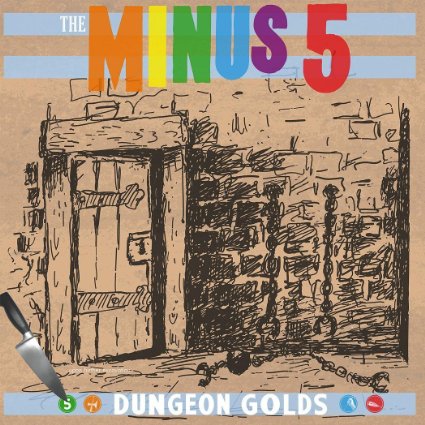 Former R.E.M. fifth man Scott McCaughey is more significantly the longtime leader of Pacific Northwest rock legends Young Fresh Fellows, the brilliant Baseball Project, and the Minus 5. Considering the latter collective’s revolving cast, it’s remarkable that McCaughey has flown under the radar to the extent he has. Since 1993, Lenny Kaye, Robyn Hitchcock, Wilco, and members of the Decemberists, Pearl Jam, Los Lobos, NRBQ, and the Posies, to name but a few, have guested on M5’s 14 studio LPs (including a five-disc vinyl-only box).

This new album finds McCaughey and his accomplices in typically fine form, plying the mastery of Anglophilia, sunshiney pop, and garage – often within the same track – that has become his stock in trade.

Featuring the late Ian McLagan, Jeff Tweedy, and frequent collaborator Peter Buck, among others, the songs are steeped in McCaughey’s trademark wit whether he’s wrestling with Father Time (fuzzed-out “My Generation” and jangle-fest “In The Ground”), dishing up pop-rock goodness (“Hold Down the Fort” could be Michael Nesmith filtered through later sonic sensibilities), or doling out snicker-inducing absurdities (“Adios Half Soldier,” “It’s Magenta, Man”).

If you still love rock and roll, check out Dungeon Golds – or anything from the McCaughey catalog, for that matter.