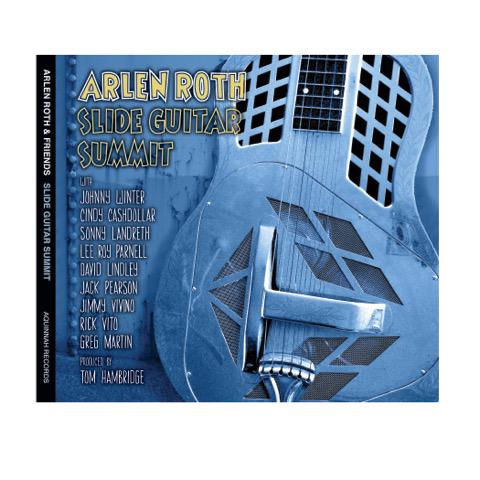 Most tunes, such as Pearson’s original “Do What’s Right,” include vocals along with plenty of slashing, keening slide. Parnell, who emerged on the country scene more than 20 years ago, ably tackles “Dust My Broom” and Little Feat’s “Dixie Chicken.” Landreth and Roth have at Roth’s instrumental “Sonny Skies.”

“Rocket 88” features fiery licks from Winter, and while Cashdollar’s “Steel Guitar Rag” is way too top-heavy to swing, her ethereal take on Acker Bilk’s 1961 instrumental ballad “Stranger On The Shore” is a pleasant surprise.

Lindley and Roth reinterpret Professor Longhair’s “Her Mind Is Gone” and Vito delivers on an edgy instrumental version of “You Really Got A Hold On Me” and Roth’s engaging original “Paradise Blues.”

Vivino excels on both the dark, foreboding “Poor Boy Blues” and his unique, Delta-flavored approach to Laura Nyro’s “And When I Die.” Martin places Jimmie Rodgers’ “Peach Pickin’ Time In Georgia” in a swampier context and ends the album with an impressive, eerie “Amazing Grace.”