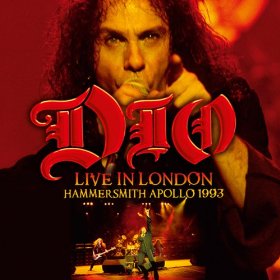 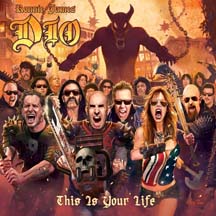 He produced wicked imagery, epic theatricality, and wielded an uncanny personal connection to his audience. And then there was the voice. The late Ronnie James Dio was the greatest metal vocalist of his generation, but he also had a knack for discovering great guitar players.

On Dio Live In London, Dio takes guitarist Tracy G on the road in support of the Strange Highways album. The year is ’93 and the venue is the Hammersmith Apollo. The band is tight, the set mesmerizing, and Tracy G is killing. As the most underrated guitarist in Dio’s history, G ignores his predecessors in favor of idiosyncratic brutality and relentless harmonic destruction. His untethered interpretations mirror the fresh direction of the studio album, making this a must for hardcore Dio fans.

This Is Your Life is about homage and the sobering reality that there will never be another Dio. Thirteen tracks from various bands pay tribute, doing a great job honoring his legacy. Highlights include riveting interpretations of “Straight Through The Heart” by Halestorm, “Holy Diver” by Killswitch Engage, and “Egypt” by Doro.