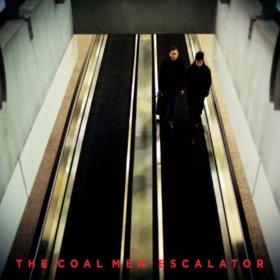 Coleman wrote or co-wrote all of the songs on Escalator with Ray, bassist Jay Hitchcock, or other collaborators, creating a deﬁnite band identity linking each cut. “Midnight You” and “Lonoke, Arkansas” show the Coal Men at their best.

The band is rounded out with a number of guest artists. Cry of Love/Black Crowes guitarist Audley Freed adds to the Beatleesque feel of “Stuck” while Americana brethren, Jen Gunderman of the Jayhawks, adds stylish piano to “The Fall.” Will Kimbrough accents the gooﬁly lovable “Sanity” with Dobro.

Although the band ﬂirts with power popin cuts like the White Album-inﬂuenced “One Thing At A Time,” the cowboy romanticism runs deep. That rugged beauty is strong in “Tennessee,” one of many cuts where Coleman seems to celebrate playing the guitar, showing a gleeful delight that even soars through reﬂective tunes like “Old Friend” or “Wanting Peace.”

This album is full of the kind of infectious joy that reminds us why playing guitar is just so much doggone fun in the ﬁrst place.