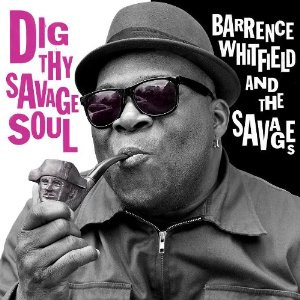 With guitarist Peter Greenberg and bassist Phil Lenker, both formerly of Boston garage band the Lyres, Whitﬁeld and the Savages released their self-titled debut in ’84. The album was a wild mix of rockabilly and old-school R&B that suited leather-lunged Whitﬁeld’s Little Richardesque vocals.

When Whitﬁeld introduced an entirely revamped Savages with 1987’s Ow!Ow! Ow!, some hardcore followers felt he’d sold out – more testament to the rawness of the original band than assessment of the new combo, featuring guitarist Milton Reder. Whitﬁeld put the Savages on hold for most of the ’90s and recorded two excellent Americana albums with singer/songwriter Tom Russell.

From the borderline punk of opener “The Corner Man,” co-written by Greenberg, who doubles as producer (with Lenker also returning), this verily screams, “The Savages are back!” Greenberg’s aggressive guitar is equal parts blues and pre-psychedelic garage – like Whitﬁeld and his battleship of a quartet, truly savage.