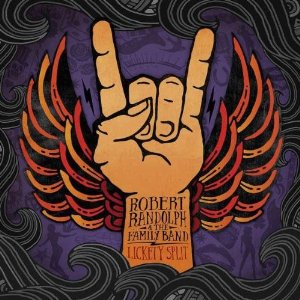 The latest album by sacred steel giant Randolph and his band is a non-stop, foot-stomping mix of R&B, soul, rock and roll, and gospel that is as invigorating as it is smart. Randolph’s playing is all over the record, darting in and out of vocals and other instruments with an ease and a sense of glee and adventure.

Randolph kicks off the opening cut, “Amped Up,” with some loud and aggressive steel guitar. As with many cuts on Lickety Split, there’s a strong gospel vibe to go along with the R&B. The church is never far away, whether it’s joining the fun on “Take The Party” or preaching some call and response on “Brand New Wayo,” where guest Carlos Santana trades licks with members of the band.

The title cut is the perfect example of this band’s versatility, as funky boogie gives way to melodic chord changes and a great lyric. Pedal steel used to be relegated to country music, but Randolph is on a mission to put it in the same column as lead guitar in rock and roll.