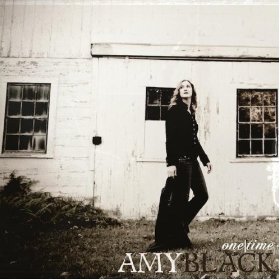 There’s a solid old-school thump to Amy Black’s modern, acoustic-guitarbased blues. Sometimes (as on “Stay”), she leavens her music with a rockabilly ﬂavor with the help of ﬁddler Dan Kellar, who gets some of his best moments on the title cut and the dark “Ain’t No Grave (Gonna Hold My Body Down).” Adding to the flavor is electric guitar from Jim Scoppa, who sounds greatly influenced by the solidbody electric country-blues pioneers of the late ’50s, and contemporary players like Vince Gill. Some of Black’s originals come straight from the hills; “Molly” is lit up by dobro from Roger Williams. So are a fresh version of Loretta Lynn’s “You Ain’t Woman Enough (To Take My Man)” and the lonesome “You Lied.”

Williams takes MVP honors, overall, but Black is a ﬁne acoustic player. She teams with producer Lorne Entress on dulcimer to provide a hearty thump on the country-gothic “Run Johnny,” a 21st-century mountain murder ballad, and generally gives the rest of the musicians a solid base on which to operate.

One Time is a particularly well-paced album that will catch the ear of a broad audience.