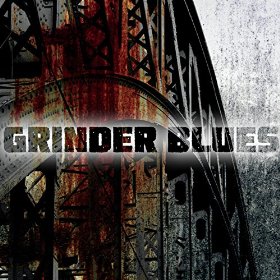 King’s X bassist Dug Pinnick continues his creative roll by joining forces with Scot “Little” Bihlman on drums and guitarist Jabo Bihlman. The genre is blues, and Pinnick lends his soulful vocalizations and subterranean bass to a project he describes as a “low-fi Chicago blues record with the traditional aspects of the Chicago blues that existed in the ’50s, but with a twist.”

The album completely misses the mark if you’re expecting the urban atmospherics of ’50s era Chicago. It excels as an inspired hodgepodge of gritty blues and rock influences pulled from Texas, the Delta, ZZ Top, and Pinnick’s own gospel soul-rock extrapolations. Jabo rumbles and rocks with a gritty virtuosity as he shifts from sweaty single-note lines, crashing chord work, wah, and badass slide guitar.

There’s powerful blues-rock guitar action from top to bottom, coupled with plenty of swampy detuned mayhem to boot. His low-down duet with Pinnick on “Worried Mind” is the real deal, while “It Ain’t Easy” is pure southern blues-rock with a smidgeon of the Black Crowes.

This is a highly enjoyable blues-rock record with a plethora of grooves, down-and-dirty feel, filthy guitar, and soul-stirring vocals.