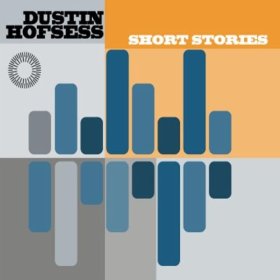 After years of performing in myriad musical arrangements, Dustin Hofsess debuts his ﬁrst solo album, offering a window into the mind of a very talented guitarist. With an assist from keyboardist Lovell Bradford, drummer Adam Snow, and bassist George Porter Jr. (The Meters), Hofsess gets some stellar support. Percussionist and producer Jim Brock (Joe Walsh) also lends his talents.

“Lament For Camille” sets the stage for a mellow instrumental record full of subtle nuances and lush guitar tones. Hofsess has a ﬁne touch on the frets and his “less is more” approach to effects along with some cool backwards guitar loops work nicely. “It’s The Poets, Not The Newspapers” has some ﬁne acoustic playing. “Shell Game” displays great rock-bop chops, but by the time we get to his smooth jazz rendition of Led Zeppelin’s heavy rock classic “Kashmir,” you’re ready to buy Hofsess a Red Bull, a shot of tequila, and a stripper.

While it’s rife with seasoned, articulate playing and thoughtful compositions, Short Stories could use some ﬁre and sweat in the heat of battle to offset its excessively tranquil ambiance.

Gil Parris – Live at the Next Door Café