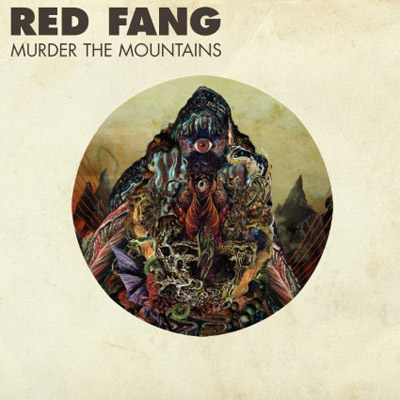 Throughout 10 pummeling tracks, the Portland, Oregon-based Red Fang demonstrates everything that is right with heavy metal today, displaying an excellent array of inﬂuences, from Black Sabbath to Alice In Chains to Metallica. The resulting metal can be safely ﬁled under the sub-genre of “stoner metal,” alluding to the sound Sabbath made famous 40 years ago. The sound regained popularity in the ’90s, thanks to various grungers, and remains hip today. And certainly, Red Fang has a real knack for this slow and heavy style of metal.

Don’t look for glossed-up production or tricky arrangements anywhere on this CD. The accent is on strippeddown, lo-ﬁ rifﬁng, such as on “Wires,” a track with crushing, drop-tuning chords and moody guitar harmonies. Its closing guitar solo is perfectly abrasive, with no concessions to technique or audio ﬁdelity; the goal is simply to reach through the speakers and punch the listener in the face. “Hank Is Dead” sounds like a lost Alice In Chains track but also captures the bottom-heavy Fang sound quite effectively. Unlike, say, Metallica – a band whose guitars are typically trebly and shrill – axemen Maurice Bryan Giles and David Sullivan prefer a muted, deep, crunch tone, as if they rolled back the tone knobs on their solidbodies. “Dirt Wizard” is another good example, using a dramatic, ascending ﬁgure at the chorus and perfectly stoner-ish riffs throughout. And “Throw Up” plays up a chugging, bass-laden groove with sick, backward-guitar licks on top. It’s epic stuff, and either you love or you don’t.

Bottom line: If Murder The Mountains is an indicator of the direction that metal is going these days, then count me in. Red Fang is the real deal.