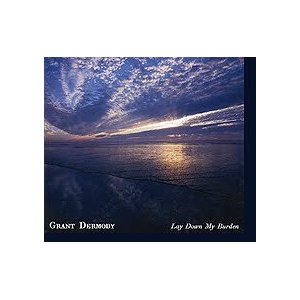 Harmonica whiz Dermody is the honcho on this tribute to the real roots of modern blues and popular music, and he employs a host of ﬁne guitarists to help.

Dermody is smart enough to make sure things work organically; no one crowds anyone else. The arrangements and instrumentation are sparse, and though the overall tone is low-key, it’s not without intensity. Some arrangements are very simple, as on “Twelve Gates To The City.” With Darick Campbell on lap steel and Orville Johnson on Dobro, he breathes new life into “Amazing Grace.” The matchup that works best is a teaming with John Cephas, whose voice sounds more and more like John Mayall’s.

There is plenty of good stuff here; Eric Bibb is splendid on Rev. Gary Davis’ “I’ll Be Alright,” and Frank Fotusky does a ﬁne job with echoes of Brownie McGhee on “So Sweet.” Dermody even reaches all the way back to Stephen Foster’s “Hard Times Come Again No More,” with a saxophone ensemble for backup on one of the album’s best cuts. But the pairing with Cephas works so well that a long-term association, certainly a full album together, seems like a great idea.