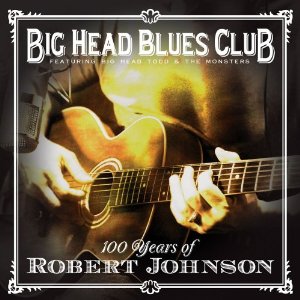 Doing an album of Robert Johnson songs may not be a particularly original idea, but it’s not a bad one. For this one, Todd Mohr and band have called upon veteran bluesmen to join them on takes that keep the spirit intact.

It’s no surprise that B.B. King’s slow interpretation of “Crossroads Blues” gets top honor. It’s something of a revelation that Mohr and King work together so well. Mohr doesn’t undertake the hopeless task of trying to out sing B.B. so his natural vocal style works to complement the veteran. Lightnin’ Malcolm and Cedric Burnside appear, with Malcolm’s electric slide and Burnside’s country blues acoustic and the Monsters’ Brian Nevins’ drumming making “Come In My Kitchen” a candidate for best example of what Johnson might have sounded like today.
Anything that keeps Johnson’s music in the popular consciousness and introduces it to a new audience is a good thing; better still when the legacy is in the hands of respectful and capable acolytes like Mohr and his band.