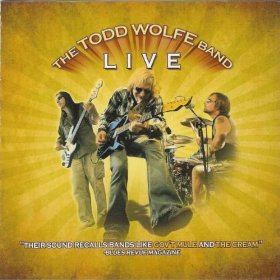 Wolfe is best known as a sideman for Sheryl Crow, but he has also recorded with Leslie West and Faith Hill, among others. Now, with his own group – a trio – Wolfe delivers a set of nine originals and a live cover that captures the key elements of the band.

In the tradition of potent jam bands like Cream or Gov’t Mule, the tunes here are extended for full effect, mixing verse and chorus with extensive soloing. Nowhere is this better demonstrated than the show-closing “Shame,” which features guitar work that weaves elements of the Allman Brothers with Hendrix shadings. Tempo and key changes, unusual timekeeping, and interesting phrasing keep the lengthier cuts interesting. Strong vocal work ﬁlls the non-jam spaces, and Wolfe ﬂavors each cut with a variety of classic solid and semi-solid axes. Most of all, Wolfe and company grab the vibe and run with it, melding to form a single musical unit that knows how to simmer – and when to turn up the heat.