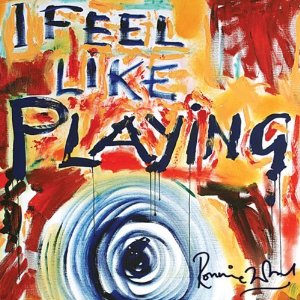 This is Wood’s first solo album since 2001, which isn’t surprising, seeing as it’s only his seventh studio album in 36 years – his solo output usually dictated by his schedule with his long-running stints with the Faces and, for most of that three-and-a-half decades, the Rolling Stones.

Eleven of the dozen songs are new originals and collaborations. On the lone cover – a power-packed, uptempo version of Willie Dixon’s “Spoonful” – Woody trades vocal choruses with Bernard Fowler and solos with Slash. Guest stars abound, but there’s no mistaking who the leader is – with Wood’s stamp on everything from the gruffy, scruffy garage-rock of “Thing About You” to the soul/country of “Why You Wanna Go And Do A Thing Like That For,” from the reggae lilt of “Sweetness My Weakness” to the Dylanesque “Lucky Man” (a co-write with Eddie Vedder and Bob Rock). Dylan is a frequent influence (on 1979’s Gimme Some Neck, Wood nailed the then-unreleased Dylan song “Seven Days”), popping up again on “Fancy Pants” and “I Don’t Think So” – though the latter is cycled through Dire Straits (featuring Faces/Stones disciple Waddy Wachtel on rhythm).

The Stones and Faces, of course, represent hard-partying rock bands at their prototypical best – which makes it easy to overlook the beautiful ballads both have recorded and Wood’s superb playing on them. On “I Gotta See,” co-written by duet partner Bernard Fowler, Wood’s arpeggiated rhythm complements a soaring, economical solo by Billy Gibbons (who co-wrote “Thing”), and his and Slash’s guitars weave in, around, and through gospelinflected vocals by Wood, Fowler, and Bobby Womack on “Forever.”

It is to Wood’s credit that he never gets lost in the all-star gathering, and there’s no hint of “vanity project.”