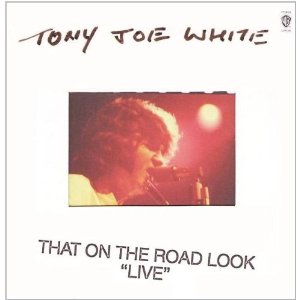 When Tony Joe White’s “Polk Salad Annie” came out in ’69, it was about the greasiest thing to hit the Top 40 since Slim Harpo’s “Scratch My Back.” But over the course of 40 years and about 20 albums, White’s funky bent was often mixed with (sometimes buried by) sweetening by producers – trying to turn the deep-voiced singer into, in his words, “Barry Joe White.”

The self-described “Swamp Fox” got his groove back in the ’90s and on the cameo-filled Heroines and Uncovered (from ’04 and ’06), then took a step backward on ’08’s Deep Cuts, with tape loops courtesy producer/son Jody White.

But his live shows invariably deliver the real deal, whether accompanied by a full band, a lone drummer, or just his guitar (with fuzz and wah), harmonica, and foot. A true original as writer and performer, White successfully shifts from uptempo, often humorous numbers to tender ballads like “Rainy Night In Georgia” (a smash for Brook Benton) without breaking continuity.

In 1971, White toured Europe as Creedence Clearwater’s opening act. A live album from those dates was released long after the fact, then quickly disappeared. Culled from that same tour, this features an all-star Southern funk backup band – drummer Sammy Creason, keyboardist Michael Utley, and bass legend Duck Dunn – and was engineered by CCR’s longtime knobster, Russ Gary (miscredited in the notes as “Russ Geary”).

A cover of “Stormy Monday” finds White flirting with the single-string style of its composer, T-Bone Walker, in lieu of his usual Lightnin’ Hopkins/ John Lee Hooker roots, highlighted on a 10-minute treatment of “Polk Salad.”

Though his recorded version of “Willie And Laura Mae Jones” was orchestrated, he introduces the night’s solo acoustic highlight with, “I think this is the way to do it – just a guitar and me and y’all.”