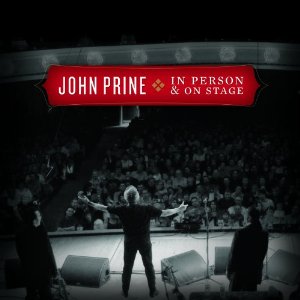 John Prine almost single-handedly defined the term “Americana,” but he’s really a country-music artist – a bastard son of Merle Haggard in a genre so often wrongfully and automatically dismissed as simplistic that another phrase had to be appropriated to describe artists like Prine who exceed intellectual expectations for it.

There may be no better confirmation of Prine’s musical nature than “In Spite Of Ourselves,” his duet with Iris DeMent. Recorded and mixed by Andrew Primus and Nic Faddy, the album is crisp and warm-sounding. Prine is an underappreciated guitarist and the picture-perfect production highlights his unique ability to break a heart with an acoustic intro. He does just that more than once here, especially going into one of his best and most poignant numbers, “The Late John Garfield Blues” which is enhanced with fiddle and vocals from Sara Watkins. One particular thing that separates Prine is his affection for a crackling electric guitar, and Jason Wilber provides plenty, especially on “Saddle In The Rain” and A.P. Carter’s “Bear Creek Blues.” With bassist Dave Jacques, the three create a full sound with each element getting its due.