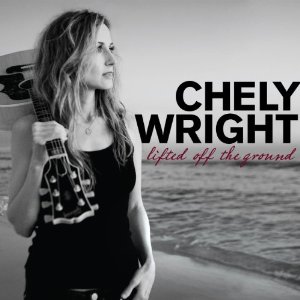 Singer/songwriter Chely Wright’s seventh album is different in tone – less solicitous and more emotionally purgative. To enhance her already well-crafted material, Wright has an empathetic producer and collaborator in Rodney Crowell and the aid of first-rate players including Nashville go-to keyboardist Tim Lauer, bassist Michael Rhodes, and guitarists including Crowell, Kenny Vaughan, Randy Scruggs, John Jorgensen, and Will Kimbrough. The latter three set the tone for the opener (“Broken”) and several tunes where Kimbrough shows why he was once again nominated for the Americana Music Association’s Instrumentalist of the Year Award.

Wright’s influences ring loud and clear; long before this album reaches “Snow Globe” it’s easy to tell Wright, a pretty good wordsmith herself, is a Bob Dylan fan. On the second song, “Heavenly Days” she displays a Dylanlike ability to turn a cliché on its head. Another thing the two share is self-confidence that allows her to set her own pace. Cool and controlled, but far from passionless, Wright’s songs have a steadiness. She’s candid, revealing, and tells her story straight – but in her own time and at her own pace.