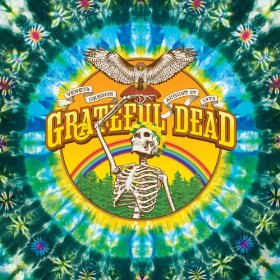 Every true Deadhead had the bootleg tape: a cassette too many generations removed from the original recording, notated innocently enough as “Kesey’s Ranch ’72.” That show – played as a beneﬁt for author and lead Merry Prankster Ken Kesey at the Oregon County Fairgrounds in Veneta, Oregon, on August 27, 1972, to be exact – may be the most famous and all-around “best” show the Dead ever played. Or at least it’s the most quintessential.

Now, at long last, Deadheads can ditch that old cassette. Sunshine Daydream presents the concert for the last of the Merry Prankster’s acid tests in all its glory on three CDs mastered from the original 16-track tapes.

The Dead were fresh from their ’72 European tour, made famous by the three-LP set of the same name. Their musicianship was at an early peak. A lean, mean Garcia – playing a ’50s sunburst Stratocaster – offered inspired and charged guitar work, with a fresh-faced Bob Weir proving himself a stellar rhythm-groove man. They blast through many of the songs from the tour set list, along with rollicking versions of other band standards. These include a legendary version of “Sugar Magnolia” and a 30-minute jam on “Dark Star.”

But along with the music and the typically stylish packaging comes a single DVD, capturing the original – and long-lost – Grateful Dead Movie. Shot on 16-mm ﬁlm, it focuses on the concert and counterculture surrounding the band and Pranksters. From scenes of naked, sunburnt hippies playing blissed-out air guitar along with “China Cat Sunﬂower” to an “interview” of sorts with Kesey, it’s one true trip.