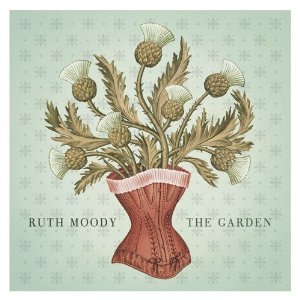 Founding member of the The Wailin’ Jennys, here, Ruth Moody asserts her musical individuality. Using a cast of 27 musicians, she embraces a breadth of musical genres – old timey, Celtic, and even sensual pop.

Moody wrote all the songs here. Though it’s not a concept album, most of the songs have a certain affinity, perhaps because they were formed during a summer in Manitoba where Moody and the album’s producer, David Travers-Smith, recorded demos. It’s a toss-up whether Moody’s voice or her songs are the principal stars. Travers-Smith’s arrangements, although dense at times, keep the focus on Moody’s vocals, and several of the tunes have a gossamer-like quality few vocalists could deliver successfully.

But Moody doesn’t merely sing the lead vocals and write the songs – that would be too easy. She also plays acoustic guitar, banjo, piano, ukulele, and accordion, and her chops – especially on guitar – are impressive. On “Valentine” she backs up

her vocals with elegant fingerpicking. Wailin’ Jennys fans certainly will like this, but even old rockers clutching Joni Mitchell and Fleetwood Mac vinyl will find it as musically enticing as a ripe, red pomegranate.