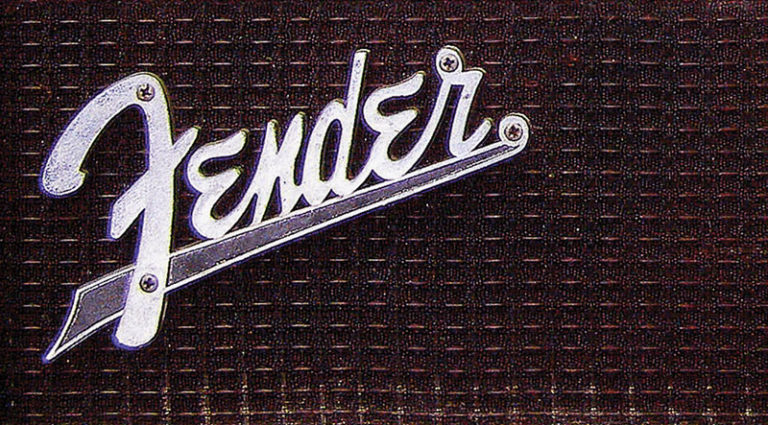 If there’s any truth to the adage “It’s the journey, not the destination,” it is fully embodied in the evolution of the Fender Bassman. While traveling the road toward building a better bass amplifier, Leo Fender and company inadvertently produced several of the best guitar amplifiers ever made…then unceremoniously moved on.

As one of the most-storied amps of all time, the Bassman has been featured in this space before, including a look at the transitional 1964 6G6-B blackface version in the March ’12, issue, and an overview of the model’s history in July ’18. So varied were the iterations of the design, however (and so brief some of the stops along that road), that several unusual versions still merit closer attention.

In this spirit, we bring you this 1961 head. As popular music got louder and electric guitars found themselves in bigger venues, Fender realized the 4×10″ Bassman combo was far from optimal for low-end reproduction, and put much thought into presenting the world a better bass amp. As the ’50s became the ’60s, the company was moving fast and furious through circuit designs, all in the name of increased power and headroom. That meant the folks in Fullerton sometimes released amps that existed for only a few months in an unchanged state, and innovations often came so quickly that official model designations (generally listed on tube charts) couldn’t keep up.

The date stamp on this chart is obscured by black spray paint applied to its blond Tolex (in later years, guitarists often did this to make blond amps look like current-issue black), but the serial number stamped on the back of the chassis (BP00716) tells us it was built around the middle of ’61, which is confirmed by other component codes; for its part, the circuit tallies with this. In fact, everything discernible from its build indicates this is an example of the debutante Bassman in the piggyback Professional Series that was new for late 1960/early ’61, except for something on the tube chart – the Model number in the upper-left, given as 6G6-A, with the “A” penciled in, as was often done at the factory when a model preceded printing of new charts. The main change from 6G6 to 6G6-A, however, was the replacement of the tube rectifier with solid-state diodes – yet this amp still has the GZ34 tube rectifier.

The overlap and partial misidentification is nothing unusual for Fender in the early ’60s, and goes to further prove how rapidly the company was pushing forward. But it’s interesting, nonetheless.

Otherwise, the 6G6 and 6G6-A circuits display the same layout in the preamp stages of both channels. The Normal channel – the one that draws many guitarists who play these amps today – follows the topology that would become familiar for Fender amps of the ’60s, with Bass and Treble controls followed by Volume (the reverse of what’s implied by the control panel) sandwiched between two gain stages. The Bass channel, however, is great for tones outside the traditional blackface mold (some will insist this channel in the 6G6 and 6G6-A should be modded to 6G6-B specs, but of course it’s worth exploring what the amp has to offer before enforcing drastic changes on an original example).

In short, in these earliest versions of the Bassman head, Fender went a long way toward producing a distinctive and powerful bass sound, to the extent of employing four full triodes – two complete 7025 preamp tubes – in the Bass channel’s preamp alone. In describing Fender’s brown- and blackface amps of the ’60s, one of the changes often noted from tweed-circuit architecture left behind after ’59/’60 is the cathode-follower tone stage, which was otherwise dropped from these at the dawn of the new decade.

That declaration totally disregards the first iterations of the piggyback Bassman, however, which retained an odd and even more-complex cathode-follower preamp stage in the Bass channel, following the first gain stage. This arrangement provides a very low-impedance, high-current signal running to the vital Bass control on that channel, a convoluted network that might induce signal loss if this boost wasn’t ahead of it. The Volume potentiometer follows the Bass network, and the channel’s Treble control was located two gain stages further along the chain (in other words, both triodes of another full 7025/12AX7 preamp tube), and right before the channel’s feed to the phase inverter. Going back to the front of the line, that Bass control is an entirely independent EQ stage in its own right, comprising a little network that’s about as complex as the entire EQ stage in the Normal channel.

One of the main changes from 6G6-A to 6G6-B was moving the Treble control back in the chain one full gain stage, sandwiched between the two triodes of the channel’s second 7025. That made its impact on overall gain structure less dramatic, and some feel it makes it an even better preamp for six-string guitar than the Bass channel of the 6G6 and -A. This alone drove many players to these amps back in 1962-’63, and it just so happens this is the Bassman version Brian Setzer has long favored, though the rockabilly maestro plugs his Gretsch 6120 (via a Roland Space Echo) into the Normal channel. Regardless, the original and “A” models can still sound fierce when used right.

In addition to its interest as a transitional early Bassman, this example is fascinating for its impressive originality. The amp’s current owner, VG reader Steven Zakel, tells us he purchased it in 1980 and has mostly kept it in storage. Beyond a full servicing to bring it back to playing condition, nothing has been done other than adding a three-prong AC cord and the removal of that spray paint, prior to his ownership.

A look inside the chassis reveals a board full of original components, including the so-called “blue Molded” caps of the era, four yellow Astron signal caps (one tucked alongside the Presence control) of the type used throughout the mid/late tweed era, and Astron electrolytic filter caps in their orangey-brown cardboard covers. Fire it up and, whether you’re injecting a Precision Bass or Jazzmaster, there’s a lot of tone to be had.