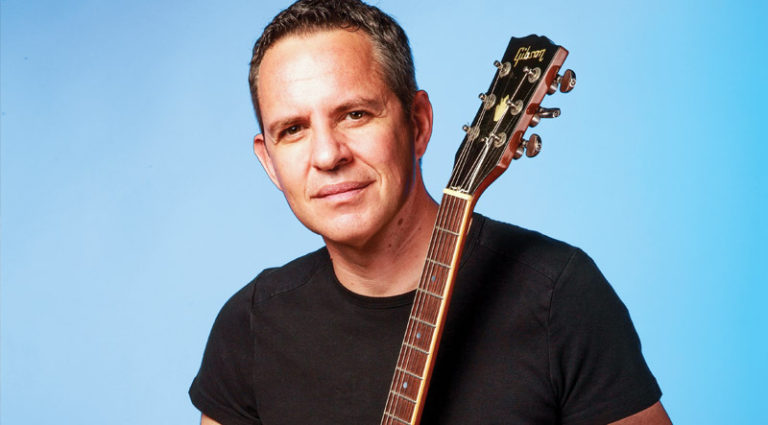 Israeli-born guitarist/singer Guy King has become a triple-threat musician since moving to Chicago. The playing, singing, and songwriting on his latest, Joy Is Coming, showcase his skills and versatility.

How did the new album develop amidst such strange days for musicians?
It was written before the pandemic – and mostly recorded before – but we got caught up in the pandemic while were mixing and mastering at Josh Smith’s studio, in Los Angeles. Everything got shut down. I got a call to come back to Chicago and we finished the mixing that night.

The album is pretty much my life story, or a big part of it. I feel like I’m letting people know a lot more about myself, lyrically and musically.

There’s an eclectic mix of styles throughout the record.
I’ve always listened to a lot of music, so the different styles don’t seem that diverse to me. I just remember music as songs I like or didn’t like growing up. I don’t like putting music into different corners. I just wanted to play what I felt, and I’m proud of the way it turned out.

What did you work on in the year-plus of the pandemic?
When we finished the mixing, I thought I’d release the record right away. But then I thought “Release it for what?” People were dying and everyone was staying in. So, with my new child, I became dad; I focused on being at home and the joy of spending time with my wife and daughter. I did all the shopping, and we were very careful. The music and guitar almost weren’t relevant. But after awhile, my fingers started itching and people started contacting me on social media. I’ve never taught guitar, but people started asking and I did an online class. I loved it. I never really thought I could help people, but I did a few classes, and it helped myself, my family, and I think it helped the people I taught.

I also put together some equipment at home and started writing and recording stuff for release in the future. I decided to release Joy Is Coming at that point. It took longer because it also came out on vinyl, and the pressing took some time.

Your choice of guitars has changed since you first started playing.
I was always a guy who played a Telecaster exclusively. But, a few years ago I heard a different sound in my head. I walked into Norman’s Rare Guitars and switched to a Les Paul because I thought it would have a wider, smoother sound. Norm and I met for the first time, and I didn’t buy anything. I went back to Chicago, where a few people said I should try an ES-335. I took my time, and was still stuck on a Les Paul. I tried an ’83 335 and it really got me. I wondered why I had never tried one – I think it was because I didn’t want to sound like other players who used that sort of guitar. But after I played the 335, I fell in love with it and knew it could do everything I wanted. It fit the timbre of my voice.

The natural-finish 335 on the cover of the album has been my number one guitar. About a year after I got it, I was fortunate to find a sunburst 335 from the same year, only a few serial numbers away. I record with the natural one and took the sunburst on the road. I’m pretty exclusive now with those two. They’re a joy for me to pick up and look at.

Which amps did you use?
On the record, I used my ’68 blackface Fender Pro Reverb, with the “drip edge.” I use it live, too, and it sounds really good with the 335s. A few months ago, I got a ’66 two-watt Silvertone that I can pick up with my pinky! It’s great for the house.

Right before the pandemic, I met Eli Lester from Two Rock Amplification. I told him what I had in mind and he thought their Studio Signature would be great for me. They made one and sent it to me, and the last few things I’ve done was a 335 through that. It’s a Studio Signature head with a 1×12 cabinet. It sounds gorgeous – clean when I want and breaks up when I need it to.