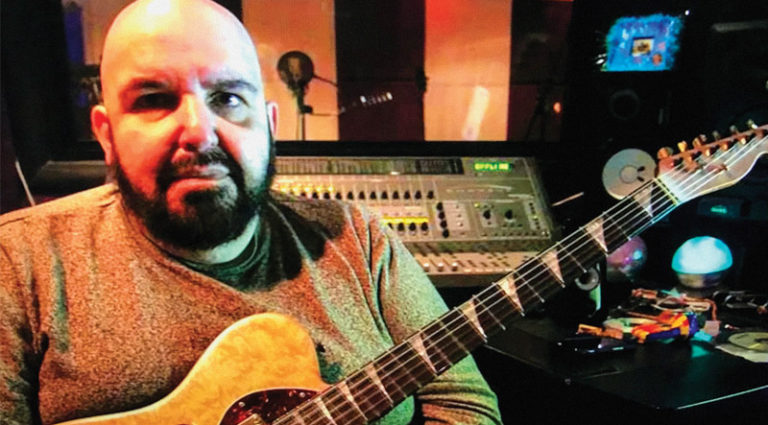 With this year marking the 50th anniversary of Philadelphia International Records, the spotlight is on the songwriting team of Kenneth Gamble and Leon Huff.

Founded in 1971, PIR was the epicenter for the Philly sound. An integral part was the guitar playing of Bobby Eli, who can be heard on hundreds of recordings during the height of the Philadelphia-soul era and beyond. Today, he continues to work as a music producer.

As a guitarist for the in-house groups Mother Father Sister Brother (MFSB) and The Sound of Philadelphia (TSOP) at Sigma Sound Studios, Eli shared duties with Norman Harris and Roland Chambers. Eli can be heard with The O’Jays, Billy Paul, Harold Melvin & the Blue Notes, The Whispers, The Stylistics, and The Delfonics. His funky wah work can also be heard on the theme song to the long-running dance show “Soul Train” and the timeless slow jam “Be Thankful for What You’ve Got” by William DeVaughn.

Eli’s songwriting credits include million-selling singles such as “Love Won’t Let Me Wait” by Major Harris, “Side Show” by Blue Magic, and “Just Don’t Want To Be Lonely” by The Main Ingredient. He wrote and co-wrote many hits, but it was his tech-savvy curiosity that brought the sounds of rock and psychedelia to Philly soul.

Fuzz, sitar, and wah were rare in late ’60s R&B, but likely came from Eli, whose early use of effects can be heard on “Engine #9” by Wilson Picket, from 1970. The extended outro solo is a gnarly, fuzz-laden statement that heralded a new era of soul music. Check out Eli’s hip Coral electric sitar solo on “Trying To Make A Fool Out of Me” by The Delfonics from the same year.

Eli was forward-thinking, with his hands on the pulse of technology; his electric sitar could also be heard on “You Are Everything” and “You Make Me Feel Brand New” by The Stylistics.

“I liked the early Sly & The Family Stone records and Led Zeppelin,” he said. “I listened to a lot of records that featured distortion, wah, and started bringing in stuff here and there – first a wah pedal then a fuzztone. I wasn’t sure they’d like all that stuff, but eventually, it all crept in.”

Eli’s rig in those days consisted of a Les Paul Custom, Fender Twin, Vox wah, and the Coral. Asked if there was resistance to bringing pedals for the sessions, he recalled experiencing none.

“I used to go to Electro-Harmonix, in New York, and see all the Electric Mistresses and pedals with weird names,” he said. “They started calling me Electronic Eli. I used Echoplexes, Coral Electric Sitars, and all that stuff. It was cool because it was an experiment. There were so many pedals and cables on the floor that the engineers would trip over them.”

“For the Love of Money” by The O’Jays was a massive hit in ’74 and featured some of Eli’s funkiest wah work. He has fond memories of those sessions, and working with Harold Melvin & The Blue Notes.

“I didn’t play anything phenomenal, but I played on that track with bassists Anthony Jackson and Ronnie Baker; there are two bass tracks on that song. I did the wah part, then doubled Ronnie’s part with an Octave Divider. Norman Harris also played guitar. Those O’Jays sessions had a lot of energy in the room. Another was ‘Bad Luck’ and ‘The Love I Lost’ with Harold Melvin & The Blue Notes. All those Teddy Pendergrass and Harold Melvin & The Blue Notes records had a lot of energy in the studio.”

There was, of course, more to Eli than being the effects guy. His musical journey began on the competitive Philadelphia R&B club circuit, where he was immersed in the language of jazz and African-American music. His love of jazz, and in particular the work of Wes Montgomery, was the basis for the inventive octave intro to 1972’s “I’ll Be Around” by The Spinners. His playing also helped drive the rhythm section on the ’79 hit “Ain’t No Stoppin’ Us Now” by McFadden & Whitehead.

“The Bobby Eli sound is comprised of less is more,” he said about his approach to creating guitar parts. “A lot of musicians want to show their chops. I’m an ‘unchopped’ person. I’m not the most-schooled, but I was good at coming up with simple guitar figures. They were spontaneous, picking up from the vibe in the room. It was just us grooving.”

To learn more about the Philadelphia sound, check out A House On Fire: The Rise And Fall of Philadelphia Soul by John A. Jackson.