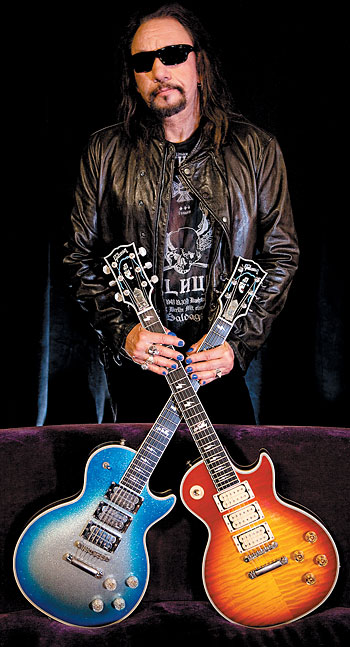 Ace Frehley’s first solo album was released in 1978, when each member of Kiss simultaneously released solo albums. As it turned out, Frehley’s was the runaway favorite among fans and critics alike, and scored a hit single with a cover of Hello’s “New York Groove.”

Shortly after he left Kiss in the early ’80s, Frehley formed Frehley’s Comet. The band released a self-titled album in 1987 and scored a minor hit with “Rock Soldiers.” Two more albums followed in the consecutive years, and though he continued touring, Frehley offered fans no new albums – until now. Nearly 20 years down the road, The Spaceman decided the time was right to deliver what fans had clamored for, and the result is his new disc, Anomaly.

Advances in recording technology over two decades made it easy for Frehley to compose his ideas. Being quite computer literate, he adapted to Pro Tools quickly and was able to combine traditional and modern methods to capture sounds. Frehley told VG how things came together and detailed the assortment of gear he used in the process.

Why the 20-year gap between albums?

I knew how important this record was going to be, and I didn’t want to put it out until it was right… I knew it would be looked at under a microscope. You wait 20 years to put out something and it better be good! So I really took the time to do the solos, and I think everyone is going to be pleasantly surprised.

This record is not that different from the first solo record – it parallels in some ways. I played almost every instrument – all the guitar work and all the lead vocals – so it’s a bona fide Ace Frehley solo album. I’m also playing bass on three or four tracks. Marti Frederiksen played bass on “Fox On The Run.” The rest was Anthony Esposito, who was my touring bass player. Scott Coogan played drums on one track, Brian Tichy played on “Fox On The Run,” and Anton Fig played all the other stuff.

Do you have any favorite or highlight tracks?

I think my favorite song is “Genghis Khan” because it’s probably the most unique track on the record. It starts with acoustic and I think we had over a hundred tracks of samples and sound effects. The opening acoustic-guitar part has this weird tuning that sounds Middle Eastern. I have no idea what the tuning is, so I’ll have to figure it out to do the song live! It’s along the line of Led Zeppelin’s “Kashmir” in a way, but not that kind of song. It has stops and starts, then it breaks down again. The whole thing culminates with a big wah solo at the end.

What gear did you use while recording?

Mostly Marshalls, old Fender and Vox amps. I have tweed Fender Harvard and Princeton amps from the ’50s, and an old Vox with a couple of 10” Bulldog speakers. The Marshalls were 100-watt 900 Series through a 4×12 with old Celestion 25-watt speakers. Once in a while, I used a Peavey 5150, just for a little change in color – I rarely record amps simultaneously. I usually record a guitar track with a couple of mics on one cab, then double it, maybe with a different amp or guitar. 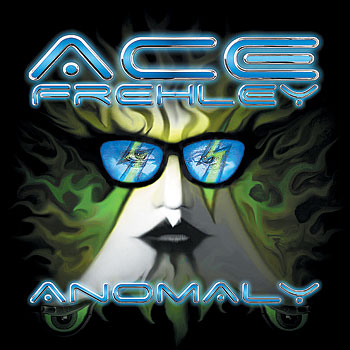 As for guitars, I’m a Gibson guy, but I use old Fenders, too. I have four Strats and five Teles. I played Rocklahoma last July, and the day after the show I hit some pawn shops. I found a Strat and Tele from the mid ’80s, and I got both for $1,000. The Tele sounded so good I put it on four or five songs I’d already recorded. It had that early Jimmy Page sound, and I used it on “Genghis Khan,” “Change The World,” and a couple others. I used the Strat on a couple of tracks, too. I have another cream-white Strat from the ’80s with a rosewood fingerboard and big frets. Then I found an ’83 Strat that sounds great, in a pawn shop on Santa Monica Boulevard. When you play it without an amp, it’s nearly twice as loud as my other Strats – very resonant. So I used those and a couple of others here and there.

I always use a Les Paul through a Marshall or a small Fender amp to record the bed tracks, then overdubbed. I have a bunch of Ace Frehley signature models, and played them on the Kiss reunion tour. I used a couple of those and a couple of Standards. In the ’80s, Gibson made me a couple of ’59 reissues that sound great. And there’s a sunburst Standard I bought at Sam Ash in White Plains, New York, for about $2,000. It looked like the ’59 Les Paul I used on my first solo record. It’s got nickel hardware and the finish is all faded. As crazy as it sounds, it felt and sounded a lot like my ’59. That guitar was made in 2005 or 2006, and it sounded just as good as the old ones. It really did! It’s one of my favorites.

There are also six or seven acoustics I use for recording – a couple of Taylor six- and 12-strings. I have Gibson six- and 12-strings – a J-200 and J-100 – and a couple old Ovations. I bought both in pawn shops, one in Chicago and I got the other in Tampa, Florida. I love going to pawn shops! You always find something.

For the bass tracks, I used an old beat-to-hell sunburst Precision Bass that sounds wonderful. It may be a ’68. And the wah on “Genghis Khan” is an old Vox.

How does your live rig compare?

In the studio, I use whatever works that day and for that particular song. Live, I use a rack of Marshall 100-watt 900 heads and the rackmountable Line 6 Pod as a backup. I use a straight amp sound except when I do the solo with the smoking guitar. Then I use delay with a lot of repeats on it. But I usually don’t use any pedals.

This article originally appeared in VG February 2010 issue. All copyrights are by the author and Vintage Guitar magazine. Unauthorized replication or use is strictly prohibited.