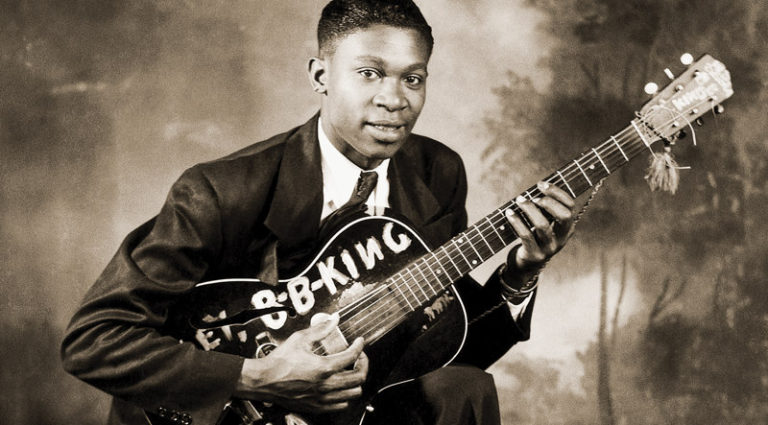 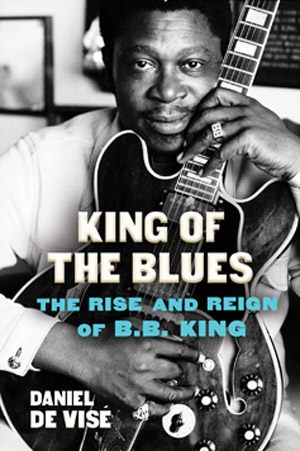 Sixty years, 90 countries, 15,000 concerts – and that tally doesn’t include B.B. King’s early years of juke joints, radio broadcasts, and street-corner serenades. Over the years, Riley “Blues Boy” King became the best known of bluesmen. Leave it to his erstwhile valet and chauffeur, Bobby “Blue” Bland, to crown him simply as “The Man.”

Daniel De Visé’s hefty book is being hailed as the “first full and authoritative biography” following B.B. from his 1925 birth in Mississippi to his death in 2015. Along the way, he chronicles King’s influences and the development of that unique guitar style, including his cousin, Booker White, along with T-Bone Walker, Lonnie Johnson, Charlie Christian, and most surprising, Django Reinhardt.

The book’s an enjoyable read, with plenty of description and background on the blues scene. The author interviewed almost every surviving member of B.B.’s inner circle – family, sidemen, managers – and their voices help bring the story to life.

Alongside Charles Sawyer’s pioneering 1981 authorized bio and B.B.’s own autobiography from 1996, De Visé’s book is a solid addition. It fills in many details on recordings, bands, and events – plus adds color and anecdote.