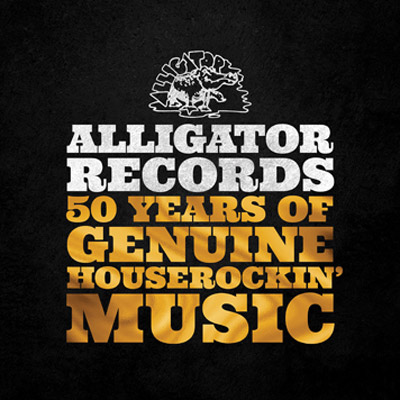 The genesis of Alligator Records – founder Bruce Iglauer’s desire to cut an LP with his favorite band, Hound Dog Taylor & the House Rockers – is one of modern blues’ most-told stories. But while Taylor’s 1971 debut LP dominates the narrative, Alligator’s endurance comes courtesy of the other artists that followed.

Together, they tell an impressive story on 50 Years of Genuine Houserockin’ Music, a triple-disc, 58-track collection ignited by ’70s classics like Taylor’s “Give Me Back My Wig,” Son Seals’ searing “Telephone Angel,” and Albert Collins’ stinging “Blue Monday Hangover.” And don’t miss efforts by top-shelf axemen like Johnny Copeland, Lonnie Brooks, Luther Allison, Johnny Winter, Lonnie Mack, Roy Buchanan, and many others.

To be clear, this set is no museum piece. Contemporary masters like Joe Louis Walker, Tinsley Ellis, and Toronzo Cannon also shine alongside young guns like Selwyn Birchwood and Christone “Kingfish” Ingram. Their sounds and styles collectively chart the label’s evolution from Chicago’s taverns to the 21st century and beyond.

Fifty years ago, Iglauer (see our interview with him in this issue) realized his dream of recording Taylor. Yet in the bargain he got so much more, releasing another 350 albums and launching one of the world’s most consequential blues labels.