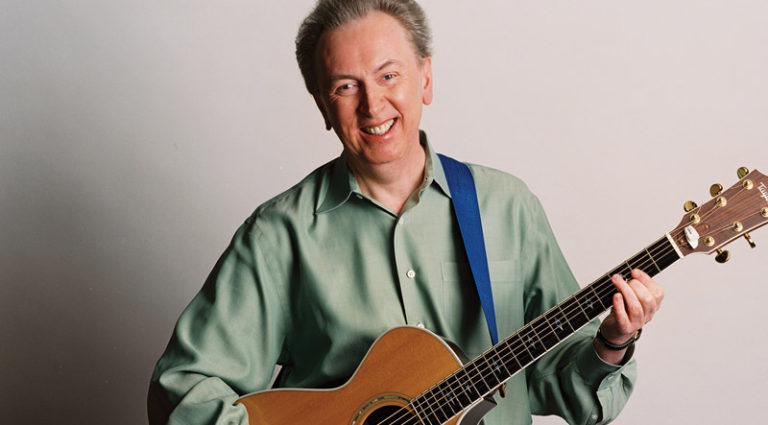 Year of the Cat, singer/songwriter/guitarist Al Stewart’s 1976 smash, is being celebrated with a 45th anniversary three-CD/DVD box set. The album has been remastered by producer Alan Parsons, and the DVD features his new 5.1 surround mix. Stewart’s platinum-selling opus reached #5 on Billboard and the lavish title track single peaked at #8.

The Scotland native played in rock bands, became part of London’s folk-rock scene, and released his debut, Bed Sitter Images, in 1967. Year of the Cat was his seventh album, with Parsons back onboard after having produced Stewart’s Modern Times the previous year. Guitarist Tim Renwick also returned after first playing with Stewart on 1973’s Past, Present & Future. By then, Stewart’s sound and songwriting had steadily progressed, often based on historical topics and consciously avoiding common subjects. He knew what he wanted – and didn’t want – in a lead guitarist, and Renwick was a perfect fit.

“I wanted a great guitar player, but I wanted one who could play in a melodic style,” Stewart recalled of Renwick, who went on to play with Elton John, Pink Floyd, and Paul McCartney. “There was a tendency for all guitar players to use the blues scale and play as much like Eric Clapton as they could. There were a ton of them! But there was another style – much more melodic – stemming from (the Shadows’) Hank Marvin, who was a huge influence in England. It was hard to find people who could play it.

“The solos were mostly made up as we went along, sometimes were over completely different chords from the song itself,” he added. “I remember doing ‘One Stage Before,’ which ends on this big Tim Renwick guitar solo. He’d listened to the playback and wasn’t sure what the chords were. But that didn’t stop Tim; he played this great solo then said, ‘Okay, I think I’ve got it. I’m ready to start doing takes,’ but Parsons said, ‘No, we’ve got it.’ The solo you hear was Tim warming up, trying to learn the chords. Parsons’ philosophy was to record everything, just in case. Very often, Tim would play his best stuff cold.”

The distinctive Spanish guitar solo on “On the Border” was performed by Peter White, who was hired as a pianist then became a longtime member of Stewart’s band, primarily as guitarist.

“It was out of the blue. Alan Parsons said, ‘We need some Spanish guitar.’ Tim, who can play pretty much everything, said, ‘I can’t play Spanish guitar.’ Then Peter piped up, ‘I think I can do it.’ I didn’t even know he could play guitar – he was our keyboard player. It was actually my cheap Spanish guitar. It had the advantage of having very low action, basically like a Stratocaster – really low, so it produced this toppy, snappy sound it needed to cut through the backing track.”

Stewart played an Epiphone Texan, which he used in the folk clubs, for his acoustic guitar parts on Year of the Cat. The opening song, “Lord Grenville,” for example, spotlights Stewart and White playing multitracked acoustics because Parsons loved to fatten the sound. “Year of the Cat” is White playing the acoustic solo and Renwick playing electric.

In the ’70s, Stewart often used an Ovation live.

“It was pretty good for avoiding feedback, which was one consideration. I think we had a deal with them, too. I wasn’t doing much apart from strumming in front of a band, so tone didn’t really matter. Also, they were very hard to break!” Stewart said, laughing. “You could jump up and down on one and not crack it. If you’re going to be on the road for a period of time, airlines – then and now – seem to consider it a sport to see if they can break guitars. It was very hard to break an Ovation.”

For more than 25 years, Stewart – who tours solo acoustic, with another guitarist, or with a band – has played a Taylor found for him by former Wings guitarist Laurence Juber (VG, October ’15) when they first worked together.

“It’s an 812c, and it was inexpensive because it had a crack in it. We glued the crack and it played very easily and sounded very good,” said Stewart. “It seemed to suit me.”