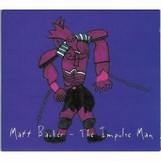 Backer is New Orleans native who lives in London and has sung and played guitar with the likes of Elton John, Sinead O’Connor, and Alice Cooper. His new solo record assembles an amazing array of influences and proves him to be an agile guitarist and a songwriter of note.

His cleverness is obvious from the first cut, “Cold War.” With a lyric that longingly looks back in time, with fat chords, churning pop style, and a host of lyrical and musical cultural references. While other cuts show a strong Beatles influence, this one sounds straight out of their catalog. Backer’s mastery of hooks makes all 11 cuts here instantly hummable. “Falling In Love With Myself” is exactly what the title says. A love song to him. Not boastful, the track is just funny and the music is power-pop heaven with a slinky Fender solo in the middle, a nasty rock solo on the fade, and a melody and hook that you won’t be able to get out of your head.

All of those things are evident in Backer’s music. The lovely changes, melodic guitar solo, and great lyrics drive songs like “Right Girl, Wrong Time.” When called for Backer also can turn it up and get a bit grungy, like on the garage rock of “I.” There’s enough rocking electric guitar there to drive a full album by most of today’s rock bands. Throughout this record, Backer proves as agile a writer as he is singer and player.