- Advertisement -
Home Music Was (Not Was) – Boo 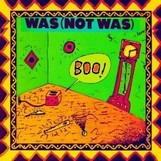 The brothers Was (okay, they’re not really brothers) are back after a layoff of almost 20 years. Not much has changed, and that’s a good thing. The 10 cuts here all “reek” of funk and soul, with odd lyrics and great musicianship. Supplying a great deal of it is guitarist Randy Jacobs, who between his work with The Boneshakers, recording studios, and this band deserves mention in the upper echelon of players. From the jangly funk chords of “Semi-Interesting Week” to the rock solo of “Your Luck Won’t Last” to the deep funk wah on “Mr. Allen Doesn’t Live Here Anymore,” Jacobs proves he can contribute quietly and step up when needed. Also, the underrated bass playing of Don Was (who is more recognized as an award-winning producer) anchors every song as only a great bass player can do. That’s no easy thing when the tunes are rhythmically dense and full of great R&B and jazz changes… as well as simple ninth-chord vamps that would fit in any James Brown song.

Lyrically, things are just as strange. “Are You Okay?” starts with the line “On Monday I was trying to get my freak on with a couple twins from Washington, D.C.” and gets progressively weirder. Vocally, it’s hard to beat the trio of Sweet Pea Atkinson, Sir Harry Bowens, and Donald Ray Mitchell. Whether it’s sublime soul (“From the Head to the Heart”), blistering funk (“Forget Everything”), or pop-soul (“Crazy Water”), their voices blend as well as any. And in “Needletooth” we get one of the strange Paul-Lynde-on-acid spoken word songs for which David Was is noted. And also per standard Was (Not Was), there’s a guest celebrity vocal; this time it’s Kris Kristofferson on “Green Pills in the Dresser.”

It’s rare that bands can sound commercial and subversive at the same time, but Was (Not Was) is the heavyweight champ, and it’s good to have them back.