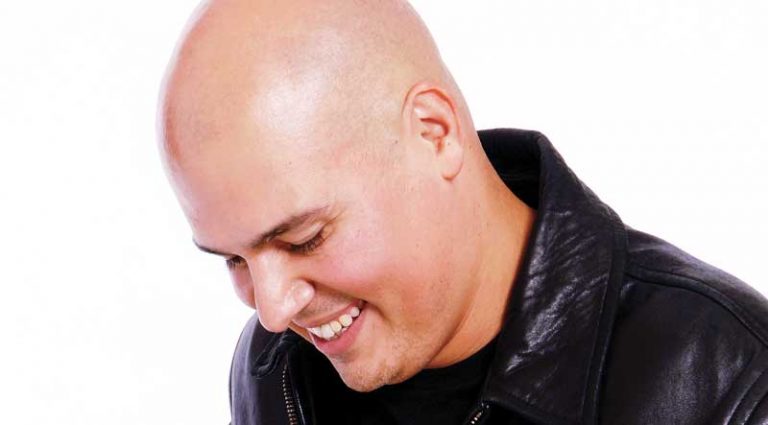 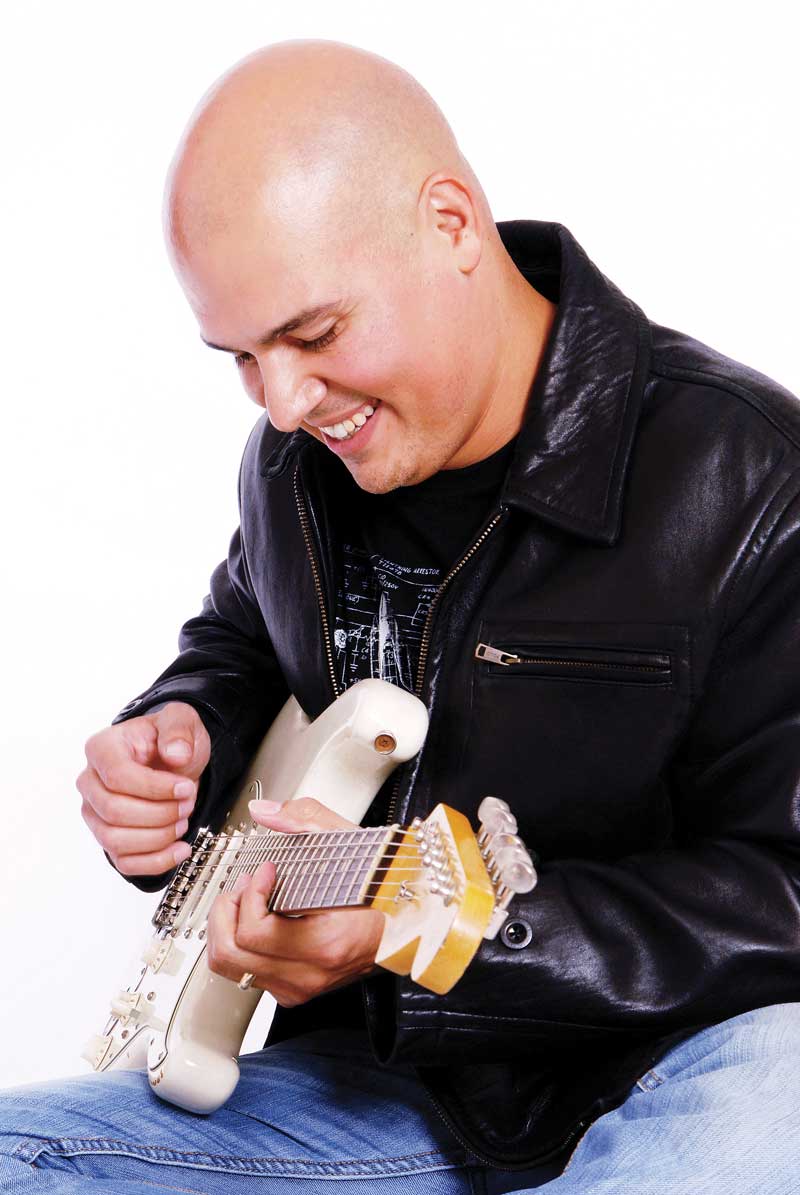 With his new self-titled album, South-Texas-based guitarist Roy Treviño accomplished his goals by simply being himself and letting the music flow.

“I’d made a couple records before, but I’d put limitations on myself,” he said. “For instance, it had to be electric blues or whatever. As a result, I didn’t feel like those albums were really me, but were more like me studying all the great guitar players and wanting to show how I can play their style.

“With this one, I just thought, ‘Whatever comes out, let it come out. I want to join this discussion.’ It seems like whenever you read about scientists, artists, philosophers, the up-and-comers want to join the conversation with their heroes. I admire all the great guitar players and wanted to join in it with my own voice. I decided I want to bring something to the party, too.”

When he was very young, Treviño caught the guitar bug thanks to an uncle. “He played guitar and loved the blues,” he recalled. “He’d play these riffs and I’d thought he was the coolest guy on the planet – and that the guitar was the coolest thing. That’s when I first thought I had to play.” After picking it up, he started listening to the usual list of suspects, from Elvis and Chuck Berry to ’60s icons like the Beatles and Beach Boys. While learning on his own, he also spent time with teachers and eventually spent time at the National Guitar Summer Workshop.

“Ronnie Earl was teaching, and I studied with him for three summers; just hanging out with Ronnie was very cool. The way he projects soul from the guitar, that’s the main thing I learned. The whole experience was cool. I remember one time this 12-year-old kid came into my room. We started playing and I thought to myself how talented he was. Well, it was Sean Costello. It was so unfortunate what happened to him.”

Treviño has long had an eye for cool guitars, and the instruments he played on the album reflect that. He does own a lot and says they all get used. “It’s a different tool for a different application. When you have instruments that play well and have a great tone, it’s almost like they disappear and the music is just pure expression. The better the gear works, the better everything is. If I don’t have to think about the gear, then it’s working right and I’m just thinking music.” The instrumentals were played on a Tele through a ’69 Marshall PA 20 head “cranked to 10.” Scratch tracks were worked up on a ’34 Gibson L-4. For acoustic parts, he called on his ’63 J-50 and a Guild Jumbo. Other guitars were a ’50s Strat with a maple neck and a Gibson SG he tunes to open D for slide.

An important part of his sound, live and in the studio, is the Klon Centaur. “That one is all over the record. It’s easily my favorite overdrive of all time. I absolutely love it”

While he’s happy to have a lot of instruments, he has discovered that just because something is old doesn’t mean it’s great. “When I first started, I would blindly look for an old Strat and think it was going to sound great just because of its age. Then I started learning about what I like in an instrument and realizing there are special ones. I started to figure out what made them special to me – not just things like tone and sound, but how they played and how much they weighed, because I like lighter guitars.”

Having a strong collection of guitars is one thing, but Treviño’s live gear is also pretty set. “I take a maple Strat, a 335-style guitar made by Collings called the I-35 that is just amazing for my humbucking sounds, and for slide I take along an SG tuned to open D. I have my pedalboard and a Fender Super Reverb – you can’t beat a good Reverb. That’s what’s on pretty much all the stuff on the record, too.”

His album contains a lot of slide playing, both for solos and as integral parts of the songs. That discipline took some time. “Slide is so intimidating when you first try it. I always loved it, but it took me awhile. The big epiphany was the first time I had a guy shimmy the nut of the guitar, put some heavy strings on it, and tune it to an open chord. The first time after that I tried it I said to myself ‘Maybe this isn’t so hard when it’s set up right.’ After that, I just had to learn about the damping and stuff and I started studying all the players I love, like Duane Allman, Ry Cooder, Robert Johnson, Elmore James, Lowell George, and Derek Trucks, who is just brilliant.”

Unlike plenty of other young guitarists in his home state, Treviño doesn’t live in the bigger areas like Austin, but is based where he spent most of his time growing up, a little town called San Juan, in the southern tip. “I live in comfortable way down here and when I have to, I just travel north. Right now, in fact, I’m gearing up for a tour and I’m very excited about that, because artistically, I feel like I’ve found my voice.”