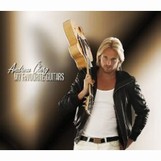 If you were to judge this disc by its cover, you might think something was fishy; a handsome Swedish guy with a leather jacket and t-shirt, guitar thrown over his shoulder… Yeah, right! But push “Play” and skepticism makes a quick exit.

Despite its title, öberg is actually paying tribute to his favorite guitarists. With covers of tunes by Django Reinhardt, Toninho Horta, Pat Martino, Wes Montgomery, George Benson, and Pat Metheny, there’s a lot of song titles familiar to anyone who knows the jazz library.

öberg plays with a fire that cannot be denied and chops beyond question. Pat Martino’s “Uptown Down” makes the point; just when you’ve been able to catch your breath after the incredible single-line work, he puts together truly amazing slurred and blurred chord runs, while retaining a soulful vibe. He proves up to the task on cuts like Montgomery’s “The Trick Bag” where he and the rhythm section glide through the classic. He shows a special affinity for Benson on “The Changing World,” a sparse jazz tune with great changes, and a cover of Benson’s cover of Donny Hathaway’s “Valdez in the Country.”

One notable downer here is the keyboards, used to simulate horn sections and in other ways that seem a bit forced. One can imagine öberg backed by a killer rhythm section. Hopefully that’s how we’ll find him next time.