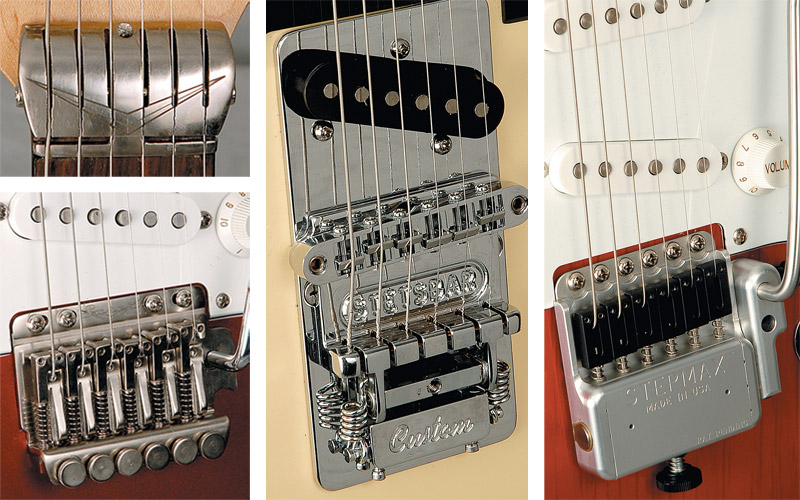 Brainchild of designers Jeff Athrop and Marc Caldwell, the SuperVee is a direct-replacement (a.k.a. “drop in”) unit requiring no modifications, no drilling, and no routing. We tested a prototype unit installed by SuperVee on a Fender Strat.

This is our second go-round with a replacement vibrato from Eric Stets’ Stetsbar company. The first happened in September ’02, when we tested their Stop Tail for Gibson-style single-cutaway guitars. The latest addition to their line is the T-Style, for (as you’d guess) single-cut Fender-style guitars.

Keith Pate’s StepMax dual-action tremolo follows in lock step with the others here in that it does not require modification to the guitar, save for a neck shim.

All three of these vibratos delivered on their promises, and did it well. None require modification to the instrument, though all require neck shims. After a few strums, most players will have no problem adjusting to the slightly altered playing geometry, and then set out to get their groove on, worry-free. – Phil Feser