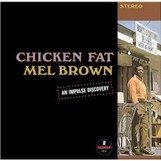 It’s been awhile since we saw and heard any vinyl, but these welcome guitar releases come courtesy of the fine folks at Sundazed. The sound, as you’d expect is wonderful. Everything’s big and full with that warmness that comes from a record. And, the choice of music is a perfect set for guitarists.

Green’s His Majesty King Funk is well-named. With five cuts of soul-drenched jazz, it’s easy to see why he’s the darling of the acid-jazz movement. He had an earthiness to his playing not found in lots of other jazz guitarists, and this set, with Larry Young on organ lets that shine through.

It’s always fascinating to hear Gabor Szabo. The Hungarian-born guitarist, who died way too early, was a kind of bridge, I’ve always thought, to the smooth jazz of today. He wasn’t afraid to try pop tunes of the day and give them a jazz turn. This record shows that with takes on “It Was A Very Good Year,” and an actual vocal run at “Bang, Bang (My Baby Shot Me Down).” While the latter might have been ill-advised, versions of “Witchcraft,” “Autumn Leaves,” and the title cut swing like a mother. The rest of the trio is wonderful also, with Ron Carter on bass, and Chico Hamilton on drums.

Last but not least is Mel Brown’s Chicken Fat. That title perfectly describes the nine instrumentals contained within. Brown’s mix of soul and jazz on this Impulse Records release was, at times, breathtaking. One oddity about the record is the second guitarist. It’s none other than Herb Ellis, who fits in nicely, playing rhythm guitar. One other oddity… Herb actually plays an acoustic 12-string on two blues cuts!

Releases like this are reason enough to still have your turntable hooked up. Sundazed has done their usual fine job with packaging with original liner notes intact. It’s really a treat to be able to walk over to the old Bang and Olufsen and put on side two.


This article originally appeared in VG‘s OCT ’07 issue. All copyrights are by the author and Vintage Guitar magazine. Unauthorized replication or use is strictly prohibited.