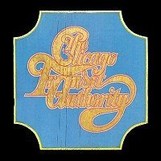 CTA is California Transit Authority, a band led by Danny Seraphine, the original drummer for Chicago. Early Chicago records stood out thanks in large part to Seraphine’s drumming and Terry Kath’s incendiary guitar and soulful vocals.

Kath died from an accidental gunshot wound in 1977, and Seraphine had left the band in 1990. With CTA, some of the fire of that original band is back.

This record includes several covers of early Chicago songs. Seraphine hooked up with Marc Bonilla on guitar, and it’s a great pairing. A veteran rocker, Bonilla plays with Kath’s intensity, but with a very defined style. And while the Chicago songs stick to the original arrangements, they have unique twists. The most impressive from a guitarist’s standpoint is the instrumental reworking of “Make Me Smile” where Bonilla translates the horn parts to guitar. It’s truly a tour de force and showcase of his skills. His jazz chops are pushed to the front in “Introduction,” with its punchy solo. One of Chicago’s “unsung” songs gets wonderful treatment; “South California Purples” alternately rocks and swings, all the while letting Bonilla again show his jazzy side. The intro to “Colour My World” is volume-swell heaven. The melody is gorgeously represented before vocals and the rest of the band enter. “Happy Cause I’m Going Home” is a guitar smorgasbord with harmonized soloing breaking into outside soloing that remains interesting while sounding as dissonant as possible in the context of pop music.

The non-Chicago songs include “Antonio’s Love Jungle,” a pop instrumental with jazz overtones that features wah and melodic soloing, while “Several Thousand” is a pop-funk workout of the first order.

The rest of the band includes vets of the business (Peter Fish on keyboards, Mick Mahan on bass, and Edward Harris Roth on keyboards) and vocalist Larry Braggs sings for Tower of Power. While Bonilla dominates the soloing, Seraphine sounds just as great as he did in early Chicago. His feel is one-of-a-kind, and it’s good to hear him back in the trenches.