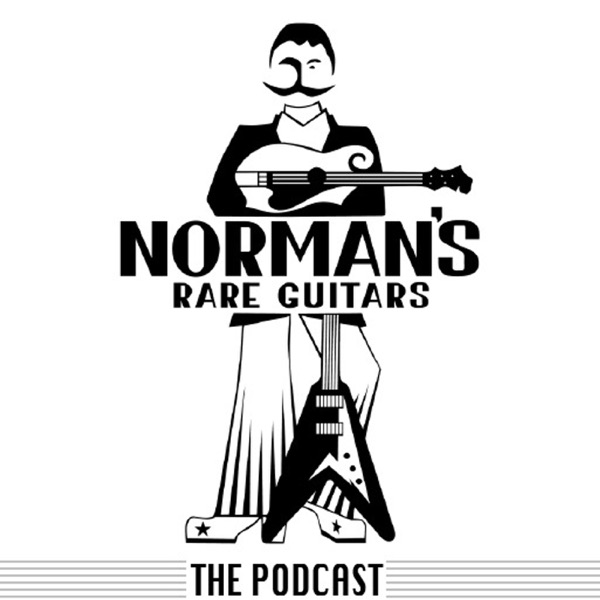 Tarzana, CA: Even before he opened his iconic storefront in California’s San Fernando Valley in 1975, Norman Harris of Norman’s Rare Guitars began dealing in rare and vintage guitars. Since then he has rubbed elbows with music industry elites and guitar aficionados, some of whom are slated to join him on his new weekly podcast, set to premiere Tuesday, September 17, 2019.

Norman’s Rare Guitars, The Podcast will release new episodes every Tuesday following its September launch date, with episodes available to listeners via Apple Podcasts, Google Play, Spotify, Switcher, and other podcast platforms, as well as on the Norman’s Rare Guitars website, here. The podcast will feature interviews with high-profile musicians and other industry professionals, and topics will include everything from personal stories, to guitars, gear, history, and more.

Notable musicians and celebrities announced to appear on the podcast include Joe Bonamassa, Don Peake, Richie Sambora, Frank Stallone, and Dweezil Zappa, with many others already signing on to participate in future podcasts. Over the years, Harris has cultivated relationships with a long list of musicians and guitar experts, many of whom he counts as friends.

Says Harris of his plan to conduct interviews on his podcast, “I believe this podcast will be different because I have personal relationships with all of the people that I’m speaking with. It’s not like a formal interview with a reporter, it’s more like a couple of friends talking.” This conversational approach will set Norman’s Rare Guitars, The Podcast apart from others of its type.

The impetus for launching the podcast sprang from a general interest by the public in Harris’s experiences working with the famous musicians who regularly visit his store. Many have appeared in videos on the Norman’s Rare Guitars YouTube channel. Appearances by celebrities like Post Malone, Richie Sambora, Dweezil Zappa, Sylvester Stallone, and more have driven online views into the millions.

Says Harris, “I’m always asked about all of the interesting people I’ve met and stories I’ve heard over the years, and there are a million.” Norman’s Rare Guitars, The Podcast, will give Harris’s celebrity friends the opportunity to share their experiences in their own words and talk about their love of guitars, among other things.

For his part, Harris is just having a blast hanging out with his friends. “I’m really enjoying doing these podcasts,” he says, “and I hope the audience likes them, as well.” With the list of music industry luminaries set to make an appearance, public interest is likely to be high.