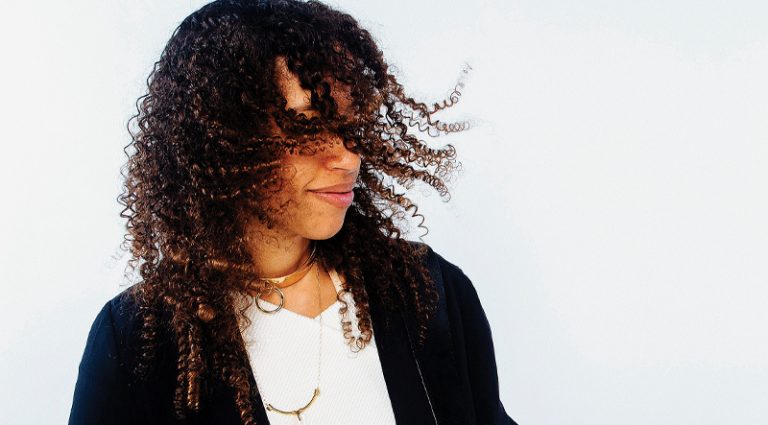 Soul-pop stylist Jackie Venson has been conquering the road-warrior touring circuit, and gained an enviable spot on Gary Clark, Jr.’s tour. The Strat-wielding songstress’ new EP, Transcends, extends her melodic reach to a wider audience with a bundle of passion, fretboard acumen, and conviction. With a pleasing voice, an ear for melody, composing chops, and emotionally intelligent lyrics, Venson brings grit and a fresh perspective to the pop genre, paired with a visceral guitar intensity.

What was your mindset when you began writing Transcends?

Transcends is about how we all live our individual lives. We all go through things that are difficult, but we’re all in the same boat. We’re all in it together. We’re all going through the same things, so why don’t we just forget about our miniscule differences and come together. My Rollin’ On EP was rather bluesy, so I was centered around that. Then I realized I don’t write only blues. When I did The Light In Me, I was like, “Well I also like hip-hop, Motown, rock, and a bunch of other stuff. I also like being able to sing a bit softer rather than always cranking out rocker blues tunes. That’s when I realized that maybe I’m not a person who wants to be tied down to one genre. That’s exactly what The Light In Me was all about. There’s something different on every track.

The live album was like, “Hey, I can actually play the guitar now! Check this out (laughs)!” Rollin’ On and The Light In Me had songs that were really composed, but still long. The live album was completely unleashed. On Transcends, I wanted to take all of that and fine-tune it. I want to stick with this endeavor of doing different genres, but I don’t want to lose people as listeners. I want to make the songs more radio-friendly, so the guitar solos aren’t as jam-bandy.

“Soul pop” is a better description. People who come to my shows expecting blues are going to be sorely disappointed. I do one or two blues songs, but for the most part it’s a crazy mixture of everything. Soul could be considered a multifaceted genre, and pop just because the melodies are hooky. It’s easier to carry the soul pop tag than the blues tag. Even Gary Clark, Jr. isn’t straight blues. He’s a lot heavier, but he can correspond to the blues a little better than I can. My stuff is light and poppy by comparison.

Did going to Berklee help you as a songwriter?

It was hard. Everybody was very critical. I was coming from a place where everybody was encouraging. When I get there I got smacked in the face with reality. That’s hard when you’re 18, grew up in the same house your whole life, and had the same friends your entire life. Then you go to this school and they’re like, “That thing you’re doing… That’s not going to make you any money or be of any use to you. You can continue, but good luck turning that into a job (laughs).” I was like, “Wow!”

I went in as a classical pianist. But just being alive has helped me as a songwriter. Going through pain helps me write songs. I went through a break-up and I wrote a whole album.

I didn’t learn anything new at Berklee. My dad is a songwriter and he taught me about forms and the different possibilities. You can change the key, you can write a bridge, and you can do a breakdown. He showed me all the things you can do to vary a song after you’ve gone through a verse and a chorus. The emotion writes the songs for me. That’s the stuff you can’t learn in school. You write songs over and over again until you find your voice.

Your Strat is super-cool looking.

It’s a Fender American Elite. I love that guitar. I’m not a gearhead, but I like how I can make the pickups go out of phase; I love the sound of that. It helps thicken my distortion sound. The humbucker really cuts through. I have a Keeley modded Boss DS-1 and a Boss DD-7 Digital Delay. I usually use it with a Fender Deluxe or Twin. If I’m lucky, I’ll use a Peavey Classic 30. That’s the golden amp for me.

You tour a lot.

I’ll be touring all over the United States, but mostly on the East Coast. Then I’m going to Memphis for some recording.