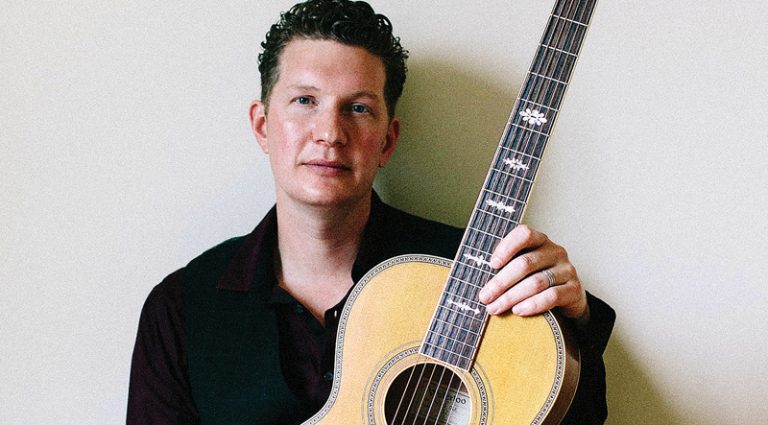 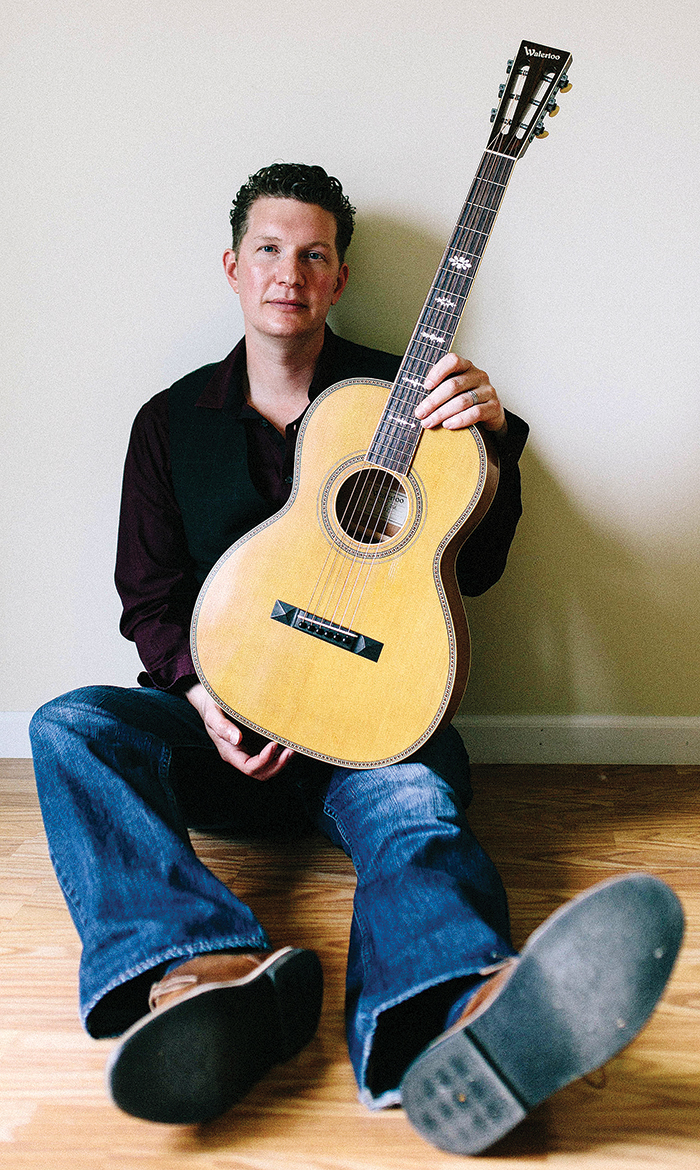 Tom Feldmann burst out of Minneapolis with an authentic take on acoustic blues unlike anything heard in years. Gifted with fine slide and fingerstyle chops, he also possesses a strong, gritty voice. His new album, Dyed in the Wool, showcases his heartfelt and powerful compositions.

Dyed in the Wool is eclectic – a compelling mix of Delta blues and contemporary material.

The last two albums were mostly covers of my favorite blues and gospel tunes. The plan here was to let the songs be whatever they would be and allow the vocal melody to drive the guitar arrangement. That brought about a more-diverse group of songs.

What inspired the opener, “Going Now, But I Won’t Stay Long”?

When I was playing with different arrangements, I suddenly recalled Furry Lewis, a Memphis blues legend, and his recordings like “Judge Boushe Blues” that did a similar thing with the lyrics and melody. So, in my mind, the song is my nod to Furry Lewis.

“Hands in Hand” and “Well Done” sound like Rolling Stones acoustic songs from the ’70s, while the fingerpicking on “Potato Soup” is more Jorma Kaukonen.

Embarrassingly, I’ll have to plead ignorance on the Stones because I’m really not familiar with their music aside from the hits. “Potato Soup” is definitely a tribute to Jorma Kaukonen. I was asked to assist Jorma at Fur Peace Ranch with his guitar workshops, and one weekend we did a bunch of Drop-D songs, a tuning I rarely play in. We had potato soup for lunch – basically, a bunch of things cooked in a pot – and when I got home, I started messing around a bit more with Drop D. So I did the same thing as the soup chef and threw a bunch of the Drop-D ideas into one song. And out came this instrumental.

What were your main guitars while making the record?

A Collings 002h and Waterloo WL-S Deluxe, plus I grabbed an electric for “Hallelu,” but I can’t remember which one.

What are your primary open tunings?

Spanish [open G/A] and Vestapol [open D/E]. To me, Vestapol is a sweeter sound and evokes the human voice in a gentler way. Spanish tuning is more of that “driving” Delta sound. I enjoy both and really it depends on the vocal melody, as you can do anything in either one.

What is your choice of slide?

Glass double-cut bottlenecks. I’ve played a lot of slides over the years, and really, the tone comes more from the thickness of the material than the material itself. Heavier and thicker will give a warmer tone where lighter, thinner will be thinner in tone.

Do you use fingerpicks?

Not currently. I’ve used various thumb and fingerpicks over the years; it really depends on the tunes I’m playing and the tone I’m looking for.

Some guitarists avoid slide because they don’t understand dampening. How do you control overtones?

Honestly, just practice. I’ve spent over 20 years playing slide, and while learning to play a song came quickly, learning how to control other aspects of the slide is a lifelong pursuit. Like anything, you have to love it to succeed.

You have a fair amount of ragtime in your playing. Did you start off with Delta blues or the more rag-oriented Piedmont styles?

I learned to play from the Delta side more than anything else. On this record are a few songs, like “Have Ourselves A Time” and “Keep It Hid,” that are rags, but that’s because the vocal melody called for it. I really don’t mess around much with the Piedmont players, as they never hit me as hard as the Delta ones.

Who would you recommend as the best “interwar” bottleneck players?

Hard to say which are the best, but my favorites are Son House, Charley Patton, Sam Collins, Bukka White, and Fred McDowell. They really shaped how I play. Also check out Black Ace, Casey Bill Weldon, Tampa Red, and Oscar Buddy Woods for a more “city” style.

Tell us about the online course you’re teaching for Vintage Guitar?

It’s an eight-part set of beginner fingerpicking lessons. I use “C.C. Rider” by Mississippi John Hurt to teach alternating fingerpicking, and “Mojo Hand” by Lightnin’ Hopkins to teach a shuffle in E. Those two styles are really the bridge to everything else in the fingerpicking world. I think I performed and toured for a good five or more years just knowing those two things!

Arliss McMinn and the California Playboys