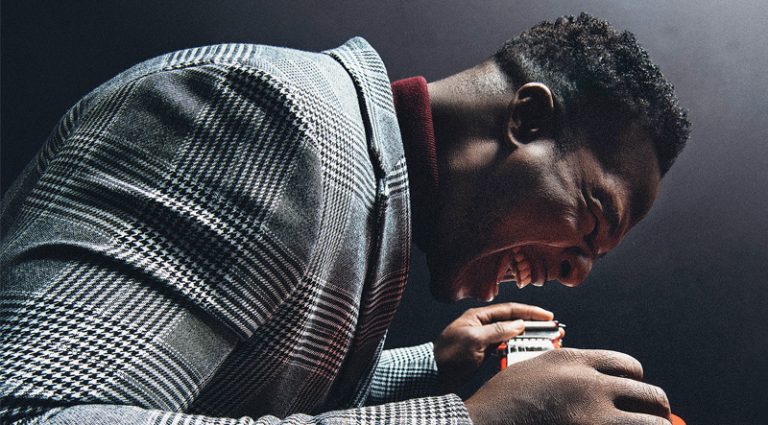 “I wasn’t really a Coltrane fan, but when I heard Kind Of Blue I was like, ‘Hell, as long as it’s got soul.’”

For sacred-steel specialist Robert Randolph, it’s all about soul. After absorbing the philosophy of his church and using his talent to create a hybrid of uplifting secular music, Randolph has just released, Got Soul, with guests Darius Rucker, Snarky Puppy keyboardist Cory Henry, and R&B vocalist Anthony Hamilton. It’s an album full of incendiary pedal-steel assaults of sanctified exultation and intelligence.

Got Soul is more accessible than your past records.

We focused on sounding great and offering a universal message. The audience at my shows is all kinds of people – old, young, white, black, hippies, classic rock, and hard rock. That’s who we are, and that’s who I am. Eric Clapton and Carlos Santana told me, “As guitar players, we like to find songs we know we can kick ass on, so we can record it, make it great, and make it our own.” Clapton was telling me what he did on “I Shot The Sheriff,” Carlos about how he’d take old African music and make it his own. It started to sink in.

Your music always carries a strong sense of spirituality.

I come from the church. Collaborating with younger artists, they’ll say, “Why is this person’s song more famous than mine? Maybe I should do this, maybe I should try that…” instead of accepting who they are. For me it came full circle when I realized I’m the guy who’s supposed to bring the sense of spirituality, love, hope, and happiness to people through music – without being preachy.

I have a seven-year-old daughter, and I change the radio every second because I don’t want her singing those lyrics. I’ll always be known as a spiritual guy that gives people a sense of hope, and sound like a preacher, but not really. Someone who makes people want to be happy, be better, and do better. That’s who I’ll always be.

Describe how you’ve made the sound of sacred-steel your own thing.

We all have roots – where we come from, what we studied. If you look at all the guys who picked up an instrument and evolved, like Jimi Hendrix, he said, “I’m just playing the blues.” But people’d say, “You don’t sound like the blues. That’s something else.”

I’m trying to be like the older sacred-steel guys but there are other influences like Jimi, Stevie Ray Vaughan, and Muddy Waters but with different feels and scales. I’m a mix of all of that while also trying to play like the older sacred-steel guys – Calvin Cooke, Lorenzo Harrison, and Harry Nelson. If the world had known about them, they would have been stars. Part of it is that, musically, I keep trying different things.

Which amps and pedals are you using?

I use a Peavey Delta Blues and my Peavey signature Steel Amp One and Two; the Two is similar to the Delta Blues – 60 watts with a 15″ speaker. The One is a head, and it’s the loudest amp out there, which is how I get the low bass. It’s 500 watts.

My pedal board was made by Henretta Engineering. On the title song, “Got Soul,” and on “Lovesick,” you can hear their Moody Blue Reverb, which combines a few effects. There’s a lot of MXR Phase 90, which sounds great, and the wah is a Dunlop 535Q.

I’m trying to get Dave Grohl to produce my next record (laughs). It’ll probably be a power trio with me and Dave and a drummer. I’ve been writing in a bluesy-rock style with a dirty-gospel edge. I’ve got 12 songs ready to go!