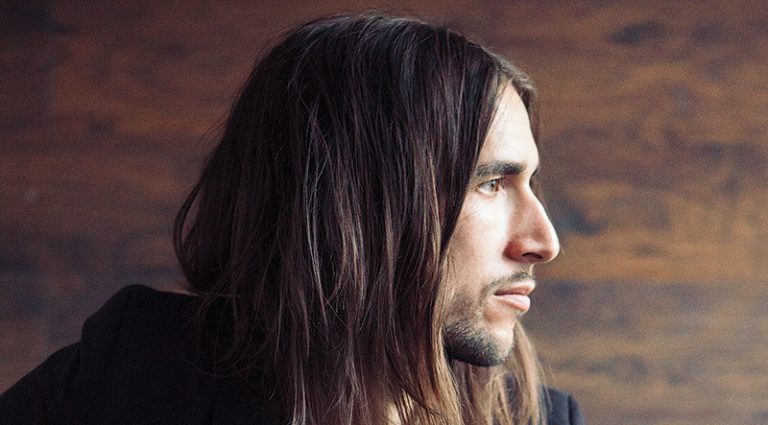 L.A.-based rockers The Soft White Sixties prove you don’t have to be old to be classic. Originally from San Francisco, the quintet deftly blends early R&B influences with ’70s glam rock while also managing to sound quite current.

With its recent release, The Ocean Way EP, and a full-length record in the can, lead guitarist/songwriter Aaron Eisenberg delivers first-rate tone and sets the bar high.

“The classic inspiration is really a caliber reference for us,” Eisenberg said. “There was definitely a standard for musicians back then. It’s something we’ve always noticed about that music. Now, with technology, you can take your time, do multiple takes, comp them together and all that, but that’s never really been a mentality for us. It’s much more about having it together and really focusing on the performance.”

In the studio, Eisenberg maintains a simple approach.

“My studio setup is pretty much just my Vox AC30. There’s a couple parts on The Ocean Way EP, like on ‘Miss Beverly,’ where I didn’t use an amp; the guitar is straight into the Trident desk. It’s very Beatles ‘Revolution’ style, just blown-out preamp. I also use a Zvex Mastotron Fuzz, which is my main fuzz, and an MXR Blue Box. Live, I usually use a JHS Colour Box, which is a pretty accurate preamp simulator. I’ll leave it on as a preamp and it makes the tone so much better and full bodied. The new record has the Colour Box pretty much on every song.”

For the new album, the guitarist decided to broaden his dynamics. “I ran a stereo rig with my AC30 and an old Silvertone guitar that had this natural resonance, kind of a ringing that I don’t think was intentional. You can’t really find happy accidents and imperfections like that with new gear. When you find it, it’s a special thing. I also used a late-’60s Fender Vibratone with a ’65 Bassman head.”

On the road, Eisenberg relies on his Vox.

“The AC30 has been a solid foundation for trying different pedals. I have a decent-sized pedal board, and different amps tend to react differently to certain pedals. The AC30’s been a really consistent foundation to sculpt different sounds.”

In a live setting, re-creating sounds from their records requires a few tools.

“I have a vintage Small Stone Phaser, a POG, and a wah that I’ll leave half-open, then a couple of standard tremolos and delays. For most of the set, I’ll also use a Keeley-modded Line 6 DL4 for slap-back to fill everything out, especially when we’re playing as a three piece with a singer; the bass player and I have to get more creative. Now that we have another guy playing guitar, I can be more selective with pedals and save things for special moments.”

His affinity for Guild started with the acquisition of a vintage Starfire.

“A friend bought a ‘68 Starfire a few years ago and until then, I’d never really seen electric Guilds. A year later, I bought it from him and now it’s more or less my main guitar. It’s got the stock bridge pickup and at some point someone put an early-’70s Gibson mini-humbucker in the neck, which is really great. It seems to grab hold of the fuzz pedal really nicely. About a year later, I bought an early-’70s Polara. I really like the sound of the stock pickups Guild was using for that era. They have a really nice, woody quality to them.”

Soon after, Eisenberg developed a relationship with Guild.

“At NAMM one year, I met the guys and they were already familiar with the band and we started working together. They have a new line of Starfires that are really great, which I bring on the road instead of the vintage stuff. It’s nice to have something new that holds up.”

“My selection process is simple; if it looks cool and it feels good, then I’m in. You can change the pickups, run it through pedals or different amps, and dial in the tone. There’s really something to the Guilds. I end up talking to people after shows and they ask, ‘What is that? Where’d you get that? How old is it?’”

In the age where the lines are often blurred between creativity and manipulation, Eisenberg feels hopeful.

“There’s some realm of current music that’s swinging back into the area of that imperfection. It’s nice not to have everything sound like a computer. For us, there’s been a lot more encouragement of the human side, like don’t be tied to a click and don’t fix all the little stuff. Just let the music push and pull and be this human thing.”