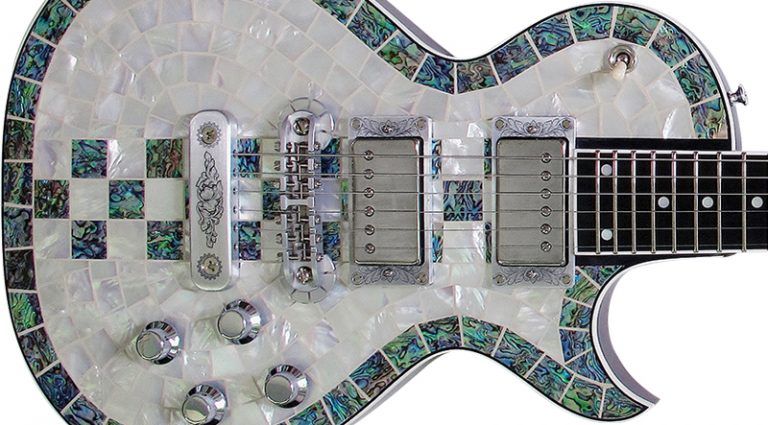 Artist. Iconoclast. Guitar builder to the stars. Tony Zemaitis was all that and more. Ronnie Wood and Keith Richards swear by his electrics. Jimi Hendrix and Eric Clapton both played his acoustics. And today, original Zemaitis guitars are painfully rare – and even more painfully expensive.

Enter Zemaitis International of Japan. Following Tony’s retirement in 2000 and death in ’02, his family licensed the company to build instruments of a similar quality level.

The CS line hails from the Zemaitis Custom Shop, and they’re stunners. The CS24MF is the classic metal-front engraved model, the flagship of the line. The pearl-fronted CS24PF Ring Chess takes the concept one step further. Both are built with a select African mahogany body and neck, and like the originals, they’re suitably robust and, yes, shoulder-tiringly heavy. But you wouldn’t want anything less.

The engraving on the CS24MF designed by Tony’s master engraver Danny O’Brien is stunning and all executed by hand by Japanese engravers, right down to minute details like those surrounding the tailpiece screws. The workmanship is hands-down superb but with just the right touch to let you know it’s engraved by an artist, not a machine.

The pearly CS24PF is similarly eye-catching. The beautifully inlaid tile pieces radiate light as if with an inner glow. Playing either guitar under stage lights is almost guaranteed to grab attention.

But enough oogling and leering at these guitars’ super-model looks. How do they play and sound?

As good as they look.

The 1.693″-wide neck is slim, silky smooth, and incredibly long! The scale is 25″ with 24 medium frets, but with the smaller Zemaitis body, the ebony fretboard seems to go on forever. The advantage is the free access to all those notes. Tuners are Schaller M6s.

Plugging the CS24PF into a ’64 Vox AC30, a first strum indicates the guitar is ready to rock. The dual DiMarzio Custom PAF humbuckers are clean, crisp, and loud.

Both guitars feature simple controls. The three-way toggle switch selects the pickups, which are each dialed in by their own Volume and Tone knobs. Classic. Happily, Zemaitis International didn’t try to supercharge the resurrected line with locking tuners, floating tremolos, active electronics, and the like. 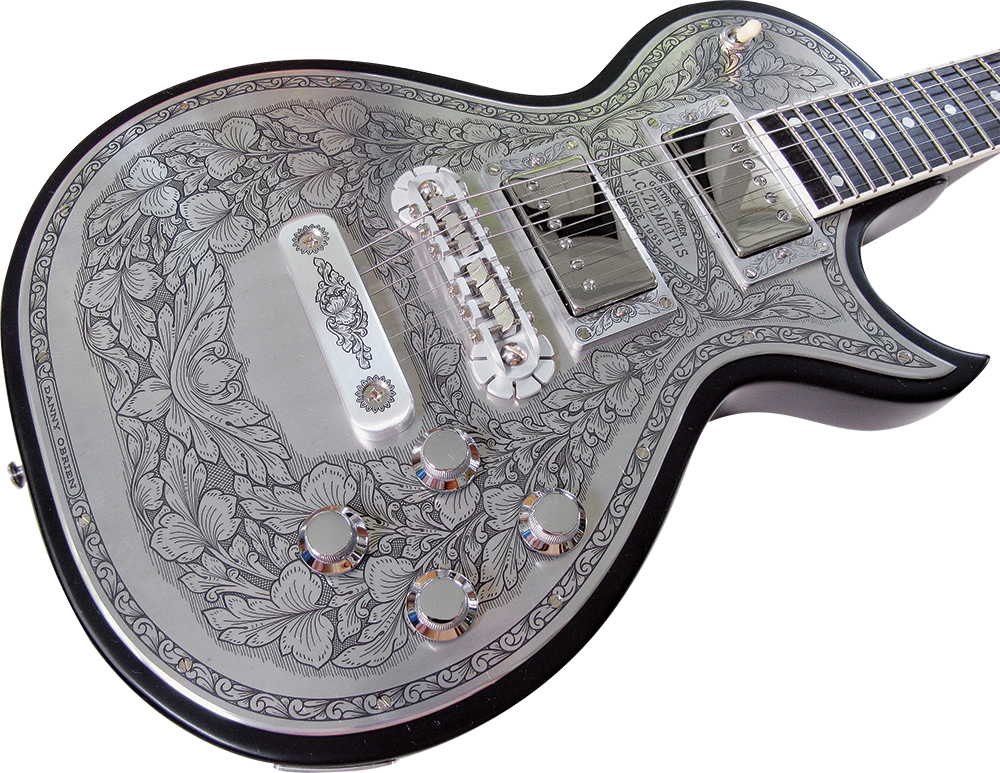 And those pickups are eminently flexible. You can get a warm Some Girls R&B tone, then switch to a funked-up treble with plenty of slappy twang. Or spin the controls all the way for lowdown and dirty with a gritty grind. Playing the Zemaitis provides an “Ah-ha!” moment – you instantly understand where a key element of the Stones’ sound has come from all these years.

Way back when, Tony Zemaitis used the metal fronts on his guitars to resolve some fundamental problems of performing under stage lighting – buzz, feedback, and radiophonic electronics. The metal acted as shielding to solve much of that. With help from O’Brien, that shielding became art.

And that brings us back to aesthetics. These guitars are obviously much more than eye candy. Beyond the razzle-dazzle of the engraved-metal and pearl fronts, the sound is downright killer.

And if these Custom Shop guitars are too much for your billfold, Zemaitis International offers less-detailed metal fronts, disc-front versions (again, think Mr. Wood), a range of Black Pearl models, and more.