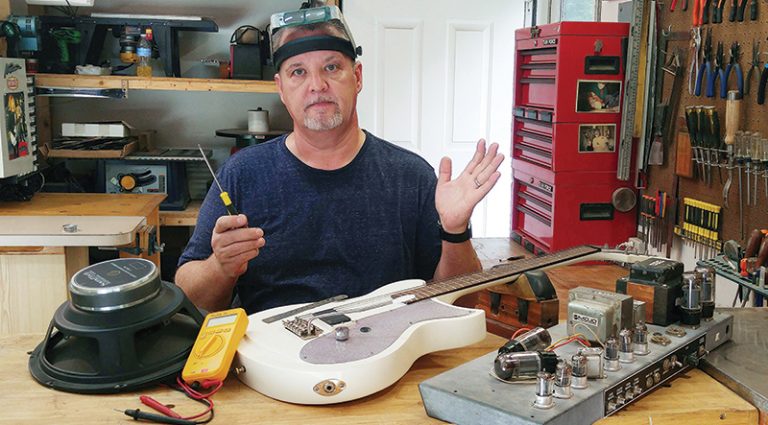 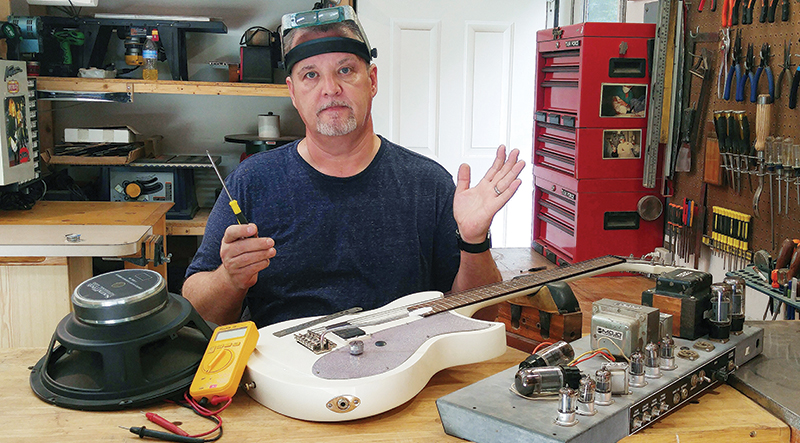 Acquiring and owning musical equipment is an expensive proposition. Used regularly, guitars and amps require maintenance that can lead to “overextraction” of paper from your wallet, especially if it involves professional techs. Conversely, learning basic maintenance and repair can mean saving money and having equipment that’s in great shape. There’s a short list of things every guitar/bass player should know to keep their gear in top shape – and wallets intact. 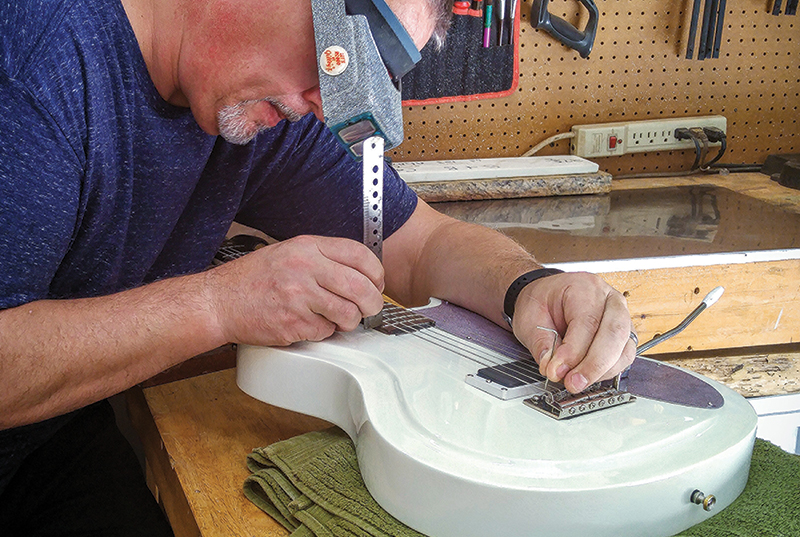 Action, intonation, electronics. Each has a significant influence on a guitar’s overall sound and playability.

Something as simple as changing strings properly can make the difference between playing in tune or not playing in tune. Same can be said about changing action. And no, you don’t need a radius gauge to set string clearances; just be sure it measures the same from the underside of each string to the top of the last fret. It’s that simple; find a comfortable height, set the saddles so each string has the same clearance, and you’ll have a matching radius for your bridge. The “sweet zone” is where the string clearances are uniform, high to prevent buzzing, but low enough to facilitate fast/comfortable fingering. 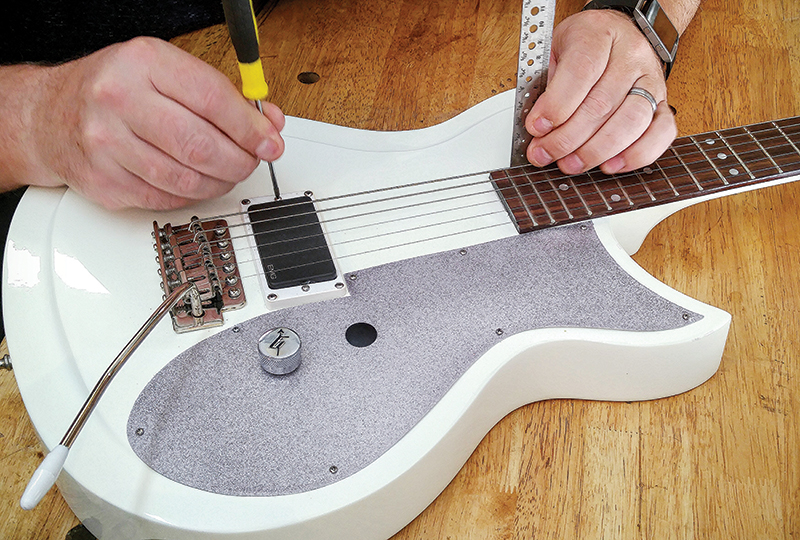 If a pickup is positioned too far from the strings, the guitar can sound weak and thin, with no sustain. If the pickup is too close, it’ll produce dissonant overtones and false notes, with a lack of tuning stability.

There’s a “sweet zone” between the string and the pickup, measured from the top of the polepiece to the underside of the string and varying according to the style and type of pickup (and personal preference). The best way to adjust pickup(s) is while the guitar is plugged into an amplifier; you might be amazed at the range of tones you hear by simply moving the pickup up and down. Ultimately, though, you’ll want to balance the output of each pickup against the other(s) to achieve a nicely blended tone when both are activated, and you want to hear each clear and strong. Experiment with height settings until you find an optimal tone. 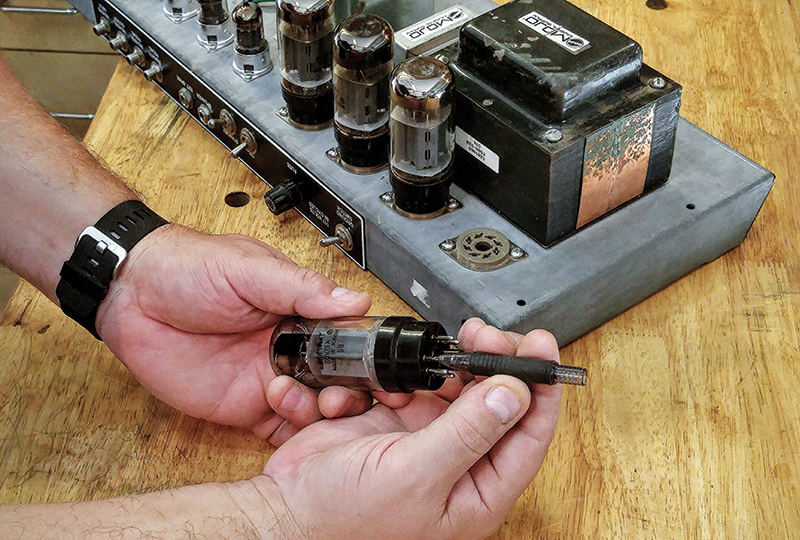 Take the time to learn your amplifier’s specifications and components, especially the two main components that are readily user-replaceable – tubes and speakers.

If you own a tube amp, familiarize yourself with its tube layout and make note of types and styles. It doesn’t hurt to keep a spare set of output tubes (the bigger ones) and preamp tubes.

When replacing power tubes, it’s preferable to replace all with sets that have been professionally tested to “match” (that is, measure similar readings on an ohmmeter). But if you’re in a bind, replacing one can get you through until you have time to find a matched set (and have them biased if dealing with output tubes; preamp tubes require no biasing).

I recommend trying different preamp tubes – certain types can sound very different in high-gain stages. For instance, some will create a cleaner distortion (e.g. a 12AT7 versus a 12AX7) and/or change its tonal character.

Before replacing tubes, unplug the amp from the wall before removing the rear panels. Also, note that tubes fit in their sockets in one way only, so be conscious of the position of the pins on their base as they go into the socket. If you bend a pin, straighten it using the empty barrel of a writing pen. 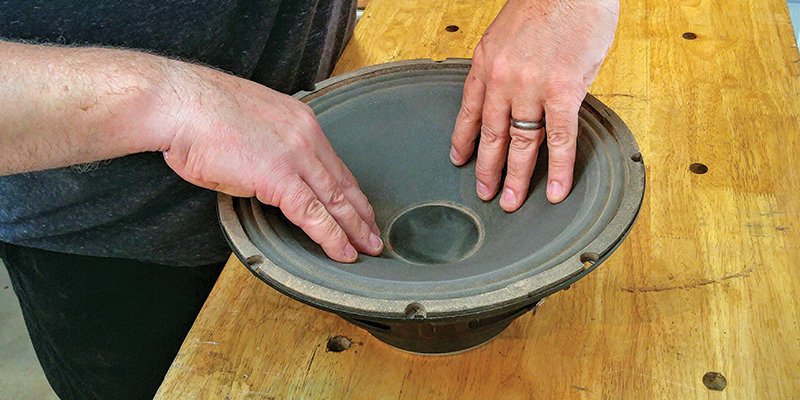 What comes out of their cone is what listeners hear, so it’s important to know the sound of a blown voice coil or a ripped cone! If you suspect your speaker is blown, remove it from the amplifier cabinet and then try pushing carefully up and down near the center of the cone. If the voice coil is blown, you’ll hear a grating sound or there’ll be no movement at all. The coil/cone assembly should move easily and noiselessly. Different speakers also sound distinctly different, experiment with different speakers when replacing blown ones; you’ll discover that some enhance midrange tones, some that cut high-end response, and still others that increase bass response. 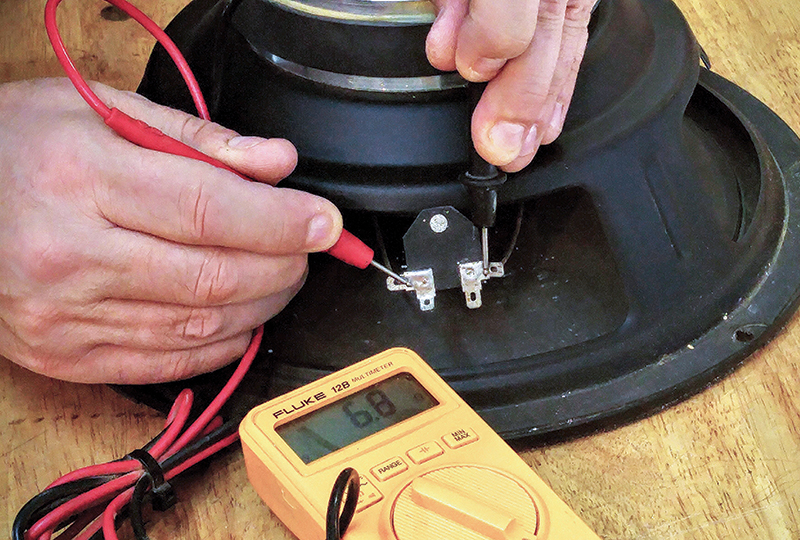 Having skills with a multi-meter can be helpful in many ways, from calculating the ohm rating of a speaker, to checking continuity in any circuit, checking signal cables, identifying potentiometer values (without having to disassemble the harness), identifying faded cap values, or testing batteries. 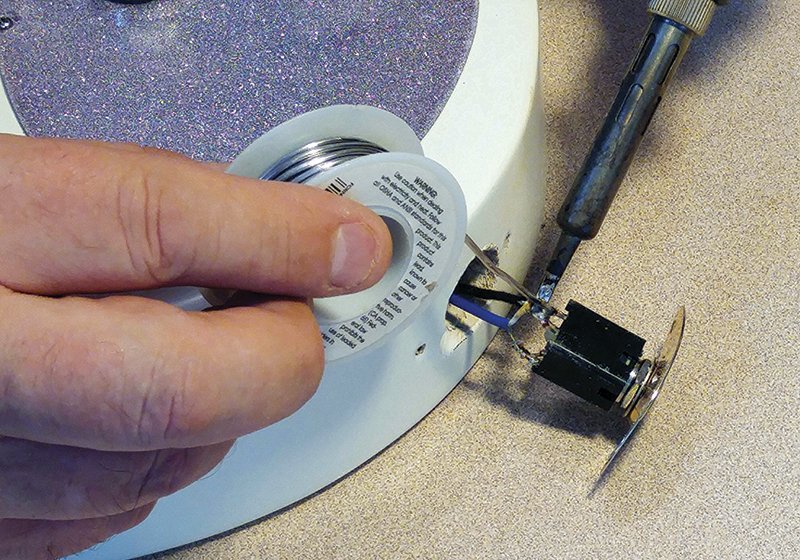 Soldering isn’t difficult, but the learning curve can be expensive because excessive heat can damage electrical components. So, the goal is to apply enough heat to melt the solder and create a solid connection, without heating connecting components to the point of damage. Too little heat in a solder joint can produce an intermittent, noisy connection that’s often difficult to diagnose. For nearly all guitar-/amp-related work, a low-wattage soldering (15 to 20 watts) and lead-based solder are all you need. Learn to solder cable ends, and the iron will pay for itself in one repair! Learn to replace a Volume pot and you’re on your way to a new gig as a guitar tech!

Will Kelly is a guitarist, repairman, and the author of How to Build Electric Guitars. He operates Hard Knocks Guitars in Cary, North Carolina, where he has played host to countless artists, instruments and amplifiers. You can contact him at WillKelly@nc.rr.com.