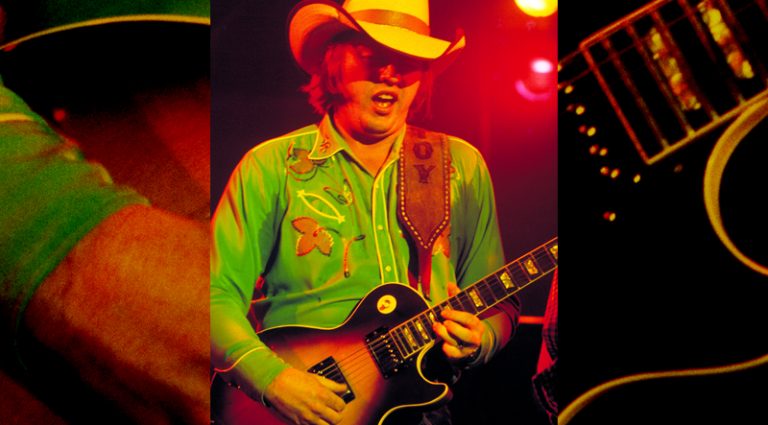 One of the earliest VG interviews Willie G. Moseley did with a veteran “Southern rock” musician was a conversation with erstwhile Marshall Tucker guitarist Toy Caldwell in 1992. Toy was just embarking on a solo career, on his own terms. Willie had no idea at the time that he and his brother Tommy were both Marine Corps veterans who served in Vietnam. Toy Caldwell died about a year later. The Spartanburg, SC chapter of the Marine League is named the Hutchings-Caldwells Detachment (Pvt. Nolen Hutchings was killed in Iraq in 2003). Anytime a veteran doesn’t reveal his/her military experiences – particularly combat – such reticence needs to be respected, and while Toy Caldwell was a successful and respected musician, his unheralded military service is worthy of a different type of respect that is perhaps more important. 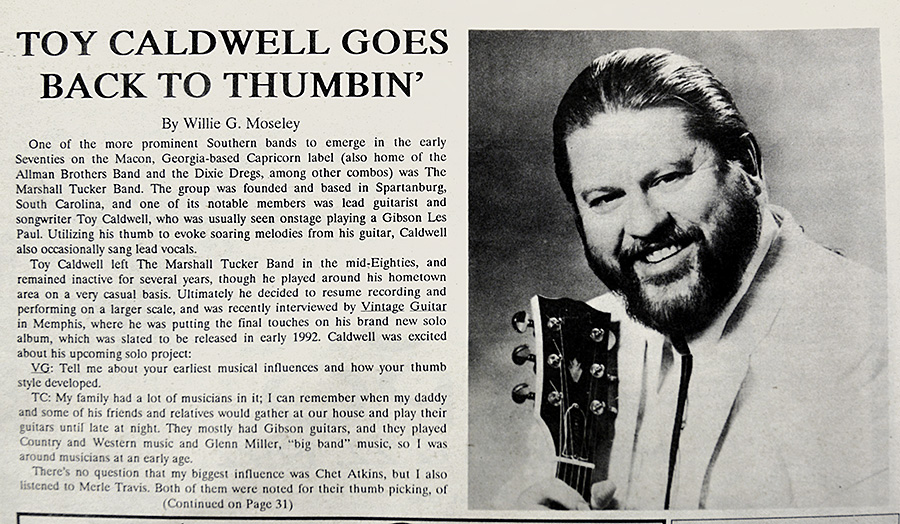 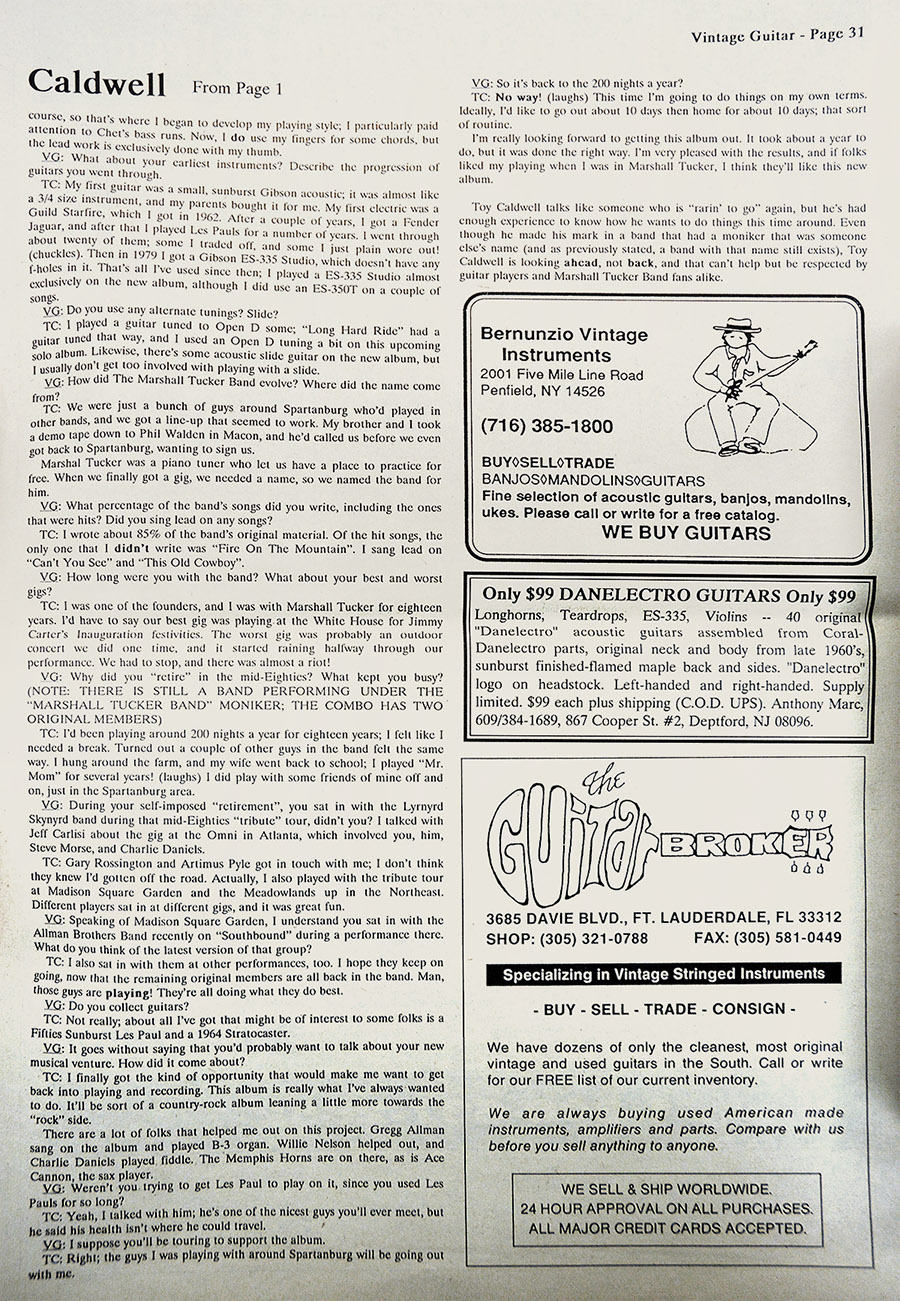 This article originally appeared in VG March 1992 issue. All copyrights are by the author and Vintage Guitar magazine. Unauthorized replication or use is strictly prohibited.