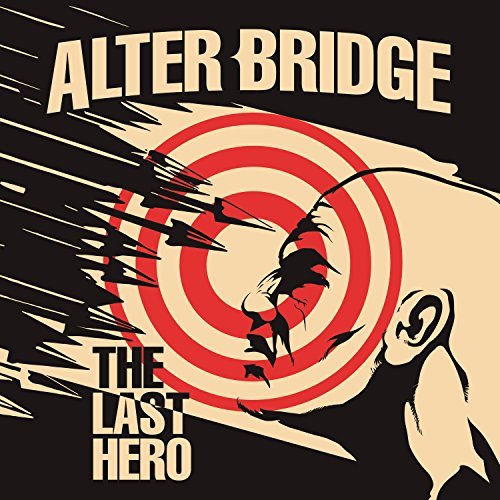 Since 2013’s Fortress, Alter Bridge has lost no momentum. They’ve focused their talents to create a successful formula that highlights the strongest elements of its individual members.

This latest is packed with high-altitude modern hard rock with just the right amount of bait to seduce even the most discerning heavy rocker. With the kind of themes that resonate for universal appeal and end credits for action films, Last Hero comes equipped with power and tunefulness.

With Myles Kennedy on vocals, Mark Tremonti on guitar, Brian Marshall on bass, and Scott Phillips on drums, the album showcases an expansive yet cohesive sound. Michael “Elvis” Baskette is in the production chair wielding deft engineering artistry.

Tremonti blazes on guitar throughout, flying out of the gate with a dark intro and majestic lead break on “Show Me A Leader.”

Huge, distorted, D-tuned guitars permeate the album with riffs-a-plenty, artificial harmonics, and huge choruses. “Writing On The Wall,” “The Other Side,” and “Poison In Your Veins” display superb heaviosity. The poignant ballads “You Will Be Remembered” and “Twilight” add variety and range, but they save the best for last with the title track and its mega-ton guitar solo.

Ronnie Earl and the Broadcasters