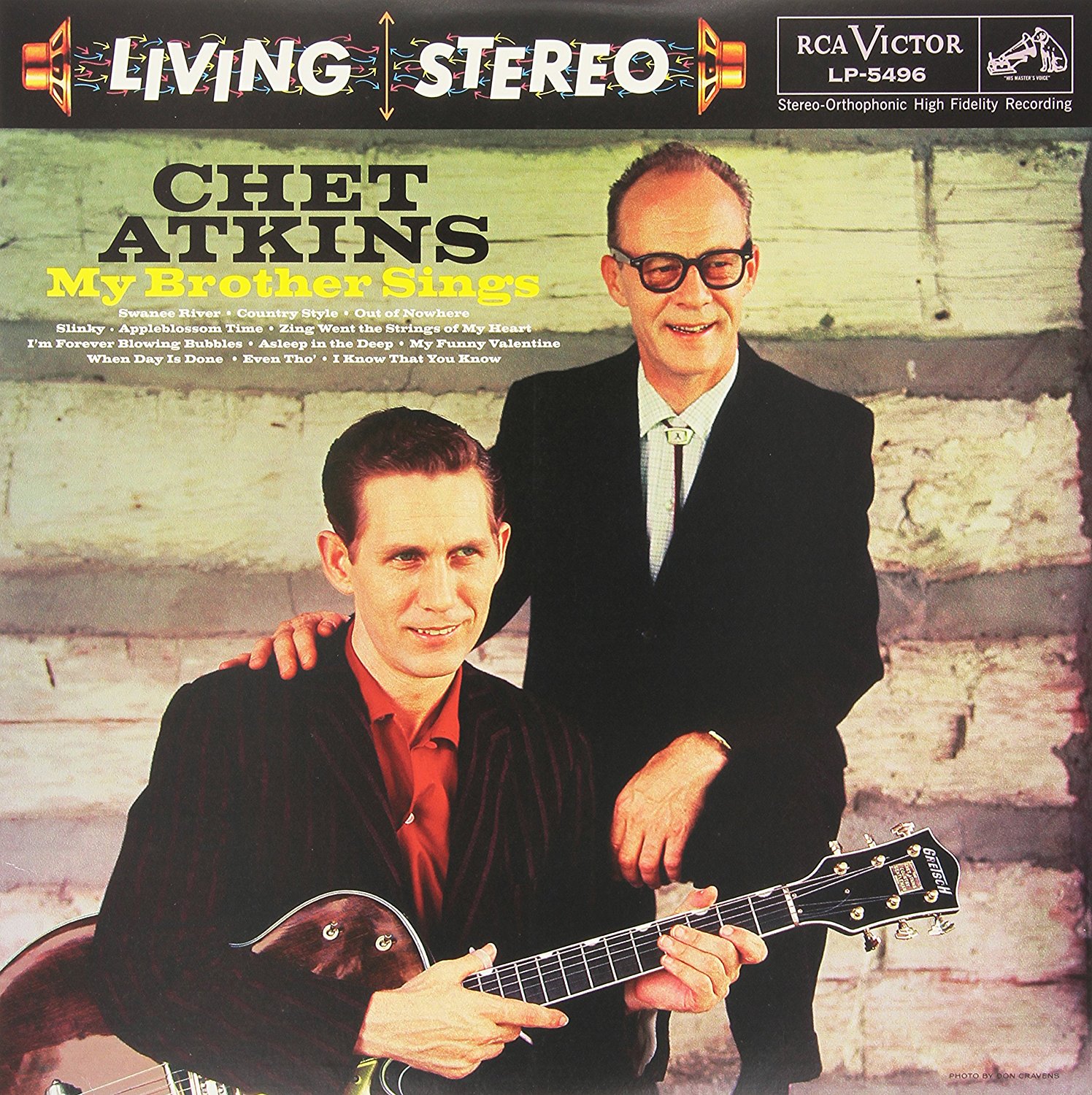 In July 1958, Chet Atkins and his half-brother, singer-guitarist Jim Atkins, a member of Les Paul’s original 1930s trio, recorded six songs at RCA’s Nashville studio for this LP, conceived as six of Jim’s Bing Crosby-style vocals and six Chet instrumentals. It made sense, since Jim was one of Chet’s most important early role models.

For reasons never made clear, only a handful of the albums were ever pressed, and a surviving copy brought $8,100 in a 2013 auction. RCA later haphazardly mixed five of the vocals with other Chet instrumentals for a 1963 budget LP. Now, Sundazed Music has released the original album intact. The results are stunning.

Chet framed Jim’s crooning with his typical of taste and fiery inventiveness. “Asleep In The Deep” and Webb Pierce’s country hit “Even Tho” became swingers. “I’ll Be With You In Apple Blossom Time” was recast as a honky-tonk shuffle. Gorgeous harmonics introduced Jim’s vocal on “Out Of Nowhere.” Chet’s instrumentals, played on his Echosonic amp, included “I Know That You Know” and “Country Style.”

Why RCA ever scrapped the project is lost to history, but after 58 years, this amazing collaboration can be heard as Chet originally intended it.