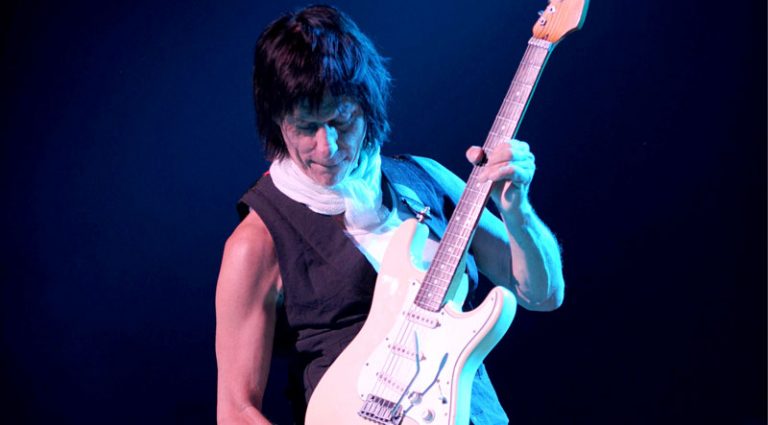 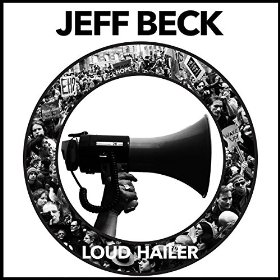 Even with the politically charged voice-over, “The Revolution Will Be Televised” is largely an excuse for El Becko’s fat Stratocaster attack – his tone can still shake the universe.

“Live In The Dark” has a brooding Afro-blues vibe, leaving ample room for the guitarist to deliver Bo Diddley-like rhythm chunks and Chicago blues notes.

It wouldn’t be a Beck album without a beautiful guitar ballad and for that, cue up “Edna.” Over Vandenberg’s lush chordal work, Jeff soars in the distance with deeply echoed lead licks. It’s gorgeous, but sadly, all too brief.

Loud Hailer is not Jeff Beck’s best album this century (that would be 2001’s You Had It Coming), but it reveals a man who’s angry at the world and wants to fight back – this time, armed with a Strat.