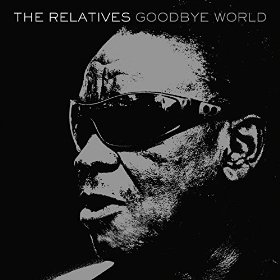 West cut that one after he recorded two cuts for this reunion – and then fell into a 12-day coma. West believed that he heard “God’s voice” saying, “Don’t let me down,” inspiring him to rally and return to the studio to record all the remaining cuts save one. He passed away two days after the session.

Divinely inspired? Hearing West’s heart-rending vocals on these cuts, especially “No Man Is An Island,” you’ll certainly consider the possibility.
Even without going through such an ordeal, Mitchell plays like a man inspired, calling on great soul guitarists like Staples, Steve Cropper, Shuggie Otis, and Curtis Mayfield for inspiration. Or maybe he’s just reclaiming what’s his with “What You Say,” a band original that seals the deal.

The combination of bone-shaking vocals, Mitchell’s guitar and some of the best R&B, psychedelic funk, and gospel material since the heady days of the 1970s makes this an irresistible essential.

Charlie Musselwhite – One Night In America