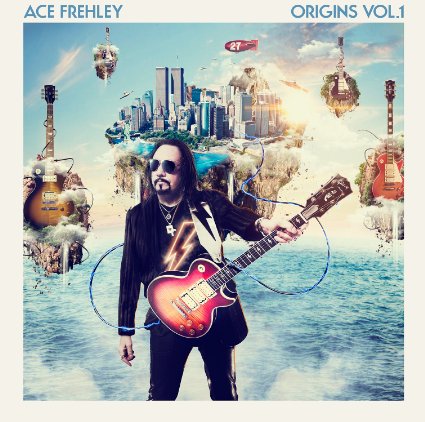 Ace is back – and he told you so! The former Kiss guitarist shares a buffet of the gems that influenced him – Hendrix, Clapton, Page, and the Rolling Stones, to name a few.

Frehley kicks out 12 classic-rock jams and a few Kiss tunes with special guests. As lame as this may sound, it’s a fun ride that includes Frehley going all-out and toe-to-toe with Slash on Thin Lizzy’s “Emerald.” Lita Ford wails admirably on “Wild Thing,” while John 5 plays the hell out of the guitar on Kiss’ “Parasite” and Jimi’s “Spanish Castle Magic.”

Produced by Frehley, distorted Les Paul rhythm work slams this disc along with a meat-and-potatoes production aesthetic. Frehley sings with authority and power, and never disappoints in the tasty licks department. Pearl Jam’s Mike McCready joins him on the Kiss classic “Cold Gin” for adept soloing, and Kiss frontman Paul Stanley cuts loose vocally on “Fire And Water” by Free.

While this album is low in the artistic statement department with it’s flown-in guest tracks, harsh production, and revolving drummers, it is an enjoyable listen for fans of the ’70s icon.