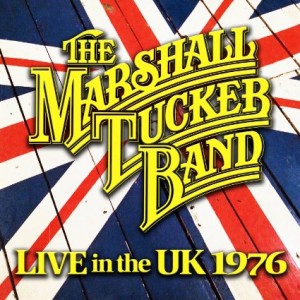 Now and then, you hear young country and rock folks talk about the Marshall Tucker Band and how they influenced their music. And, of course, who hasn’t covered “Can’t You See”? What’s often missing from that conversation is the brilliance of the late Toy Caldwell as a guitarist, songwriter, and bandleader. Well, this live set illustrates his talent perfectly.

Recorded at various theatres in 1976, you get just what you’d expect. A stomping version of “Take The Highway” is complete with Caldwell and his thumb laying down blistering rock licks. His playing on “Hillybilly Band” is fun and boisterous with some nasty chicken pickin’. His jazz influences pop to the forefront on “This Ol’ Cowboy.”

In between, you get other MTB classics: “Searching For A Rainbow” with its melodic lines that provides a lesson in how to build a solo; “24 Hours At A Time,” a jam-band lesson in the use of dynamics and soloing; and plenty more.

The rest of the band is terrific, especially Toy’s late brother, Tommy, on bass. He, drummer Paul Riddle, and rhythm guitarist George McCorkle are rock solid throughout. And singer Doug Gray is his usual ebullient self.

An excellent release highlighting one of rock’s unsung guitar heroes and bands.